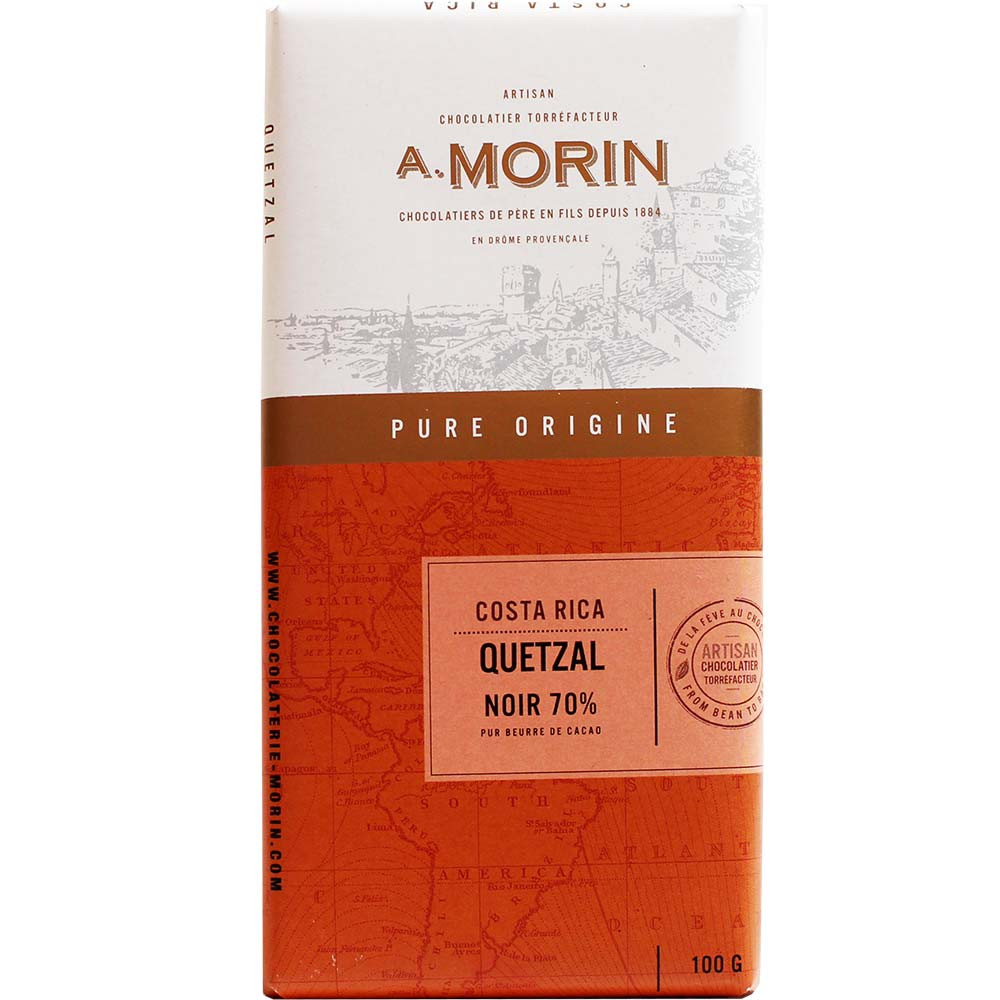 The dark chocolate with 70% cocoa content is named after the bird of the gods, the Quetzal. The bird was hunted by pre-Columbian cultures for its magnificent long tail feathers. The Aztcs revered it as a deity, and anyone who killed it was killed themselves. The quetzal is the heraldic animal of Guatemala and the Guatemalan currency was named after it. Today, the bird is protected under the Washington Convention on International Trade in Endangered Species because it is highly endangered due to habitat destruction.

The chocolate has intense cocoa aromas and strong notes of ripe fruit and brown caramel.

Enjoy the dark 70% Quetzal Costa Rica chocolate at your leisure.