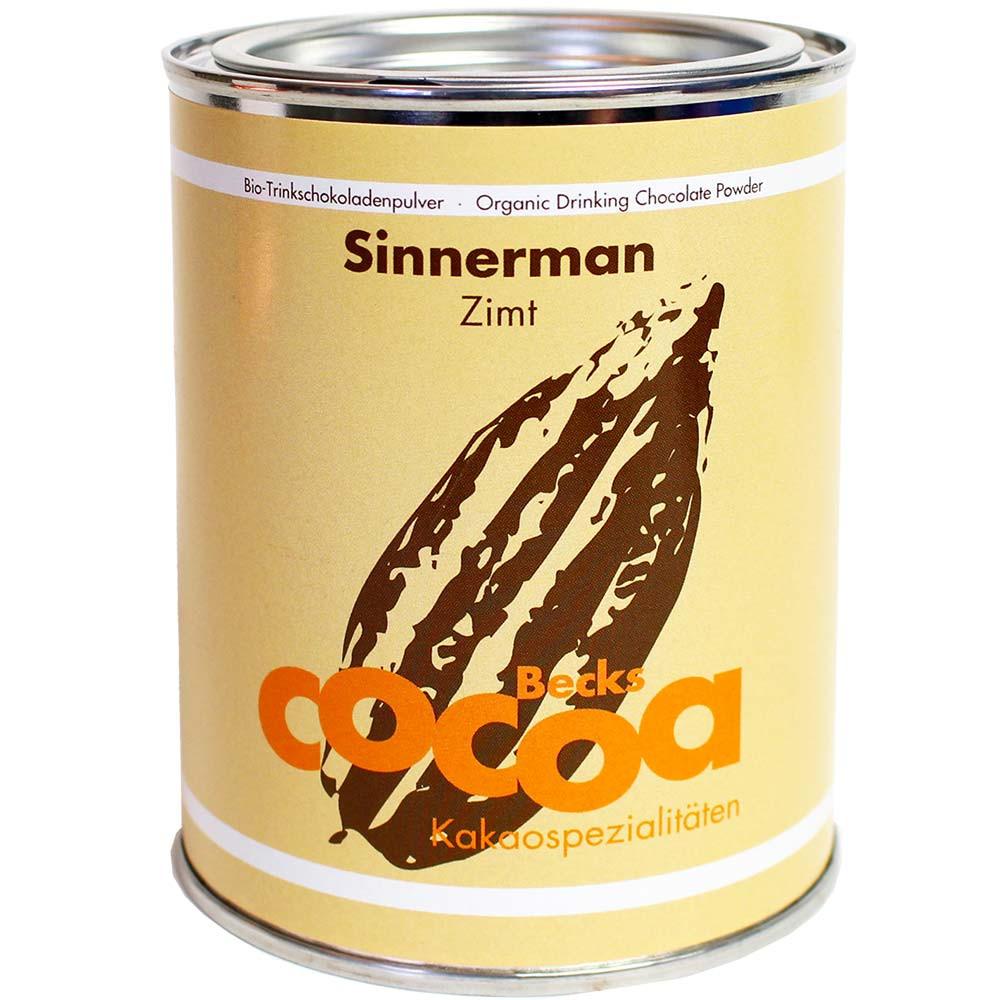 Did you know that cinnamon has a positive effect on our cholesterol and blood sugar levels? Then try this cocoa with frothed, fresh whole milk. We use fine Java cinnamon, no emulsifiers and only our best cocoa.

The cocoa is gluten-free, vegan and from organic farming. The cocoa and raw sugar are traded according to Fairtrade standards.

The Becks Cocoa drinking chocolate Sinnerman with cinnamon is an organic product.

Other customers rated Sinnerman - drinking chocolate with cinnamon from Java