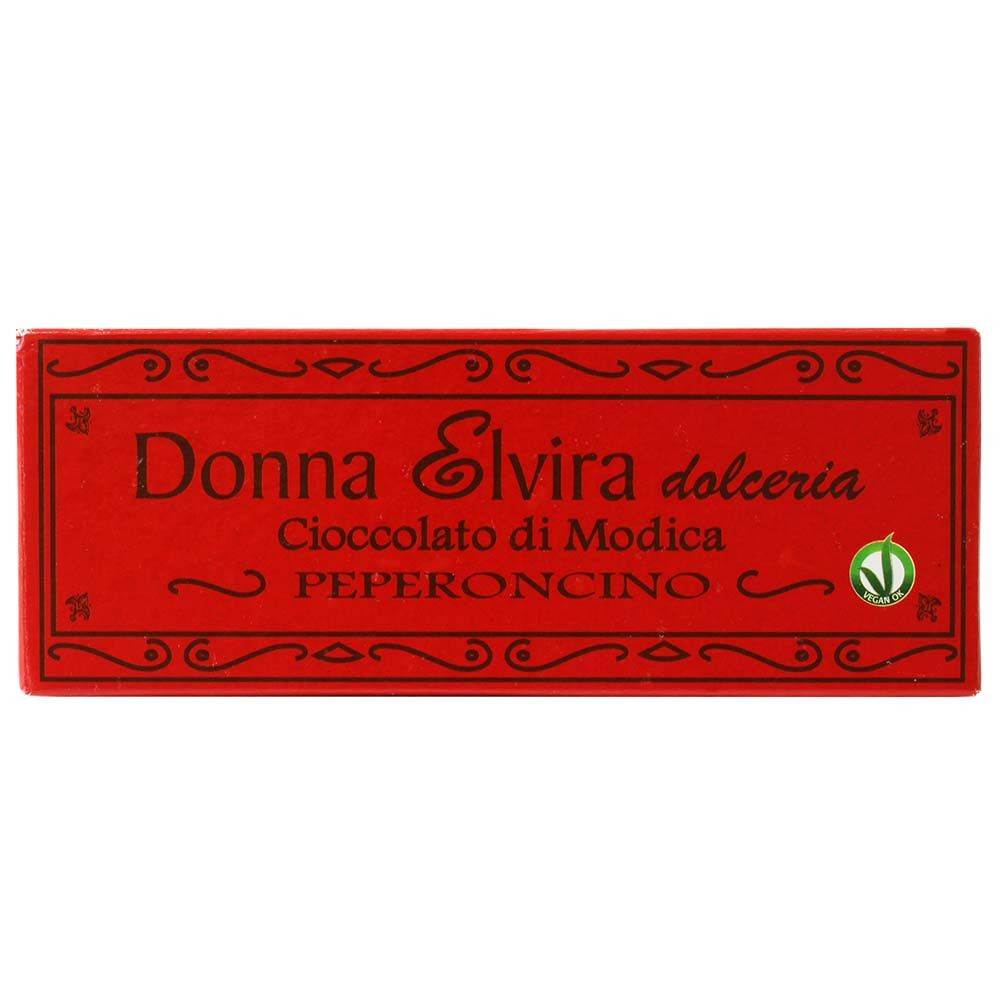 A specialty from Sicily from the city of Modica . This type of chocolate was created during the rulership of Spain in the 16th century. The Counts of Modica, then the most influential feudal power in southern Italy, promoted the product and kept the recipe. The cocoa beans are processed "cold" ( "a freddo"), ie, the beans are not roasted and ground on a Metate traditional way and not conched. The ground cocoa is heated to a maximum of 40 ° and sugar is added, possibly a spice, such as Sicilian chili here, and then ground until the desired consistency is achieved.

Then the chocolate mass is poured into thick bars. The sugar does not dissolve at the low temperatures, which gives the chocolate its grainy, sandy consistency. As soon as you break the board, it crumbles. A light gray haze forms on the surface, which comes from the cocoa butter that has leaked out. The chocolate unfolds its intense aromas on the tongue.

Donna Elvira is the only one of the recognized Modica chocolate manufacturers who produce from cocoa beans to bars = bean-to-bar . Only the best cocoa varieties are used, in this variety cocoa beans from the Dominican Republic.


The Cioccolata Modicana Peperoncino 50% with Chili by Donna Elvira is unusual on the tongue, but very aromatic.