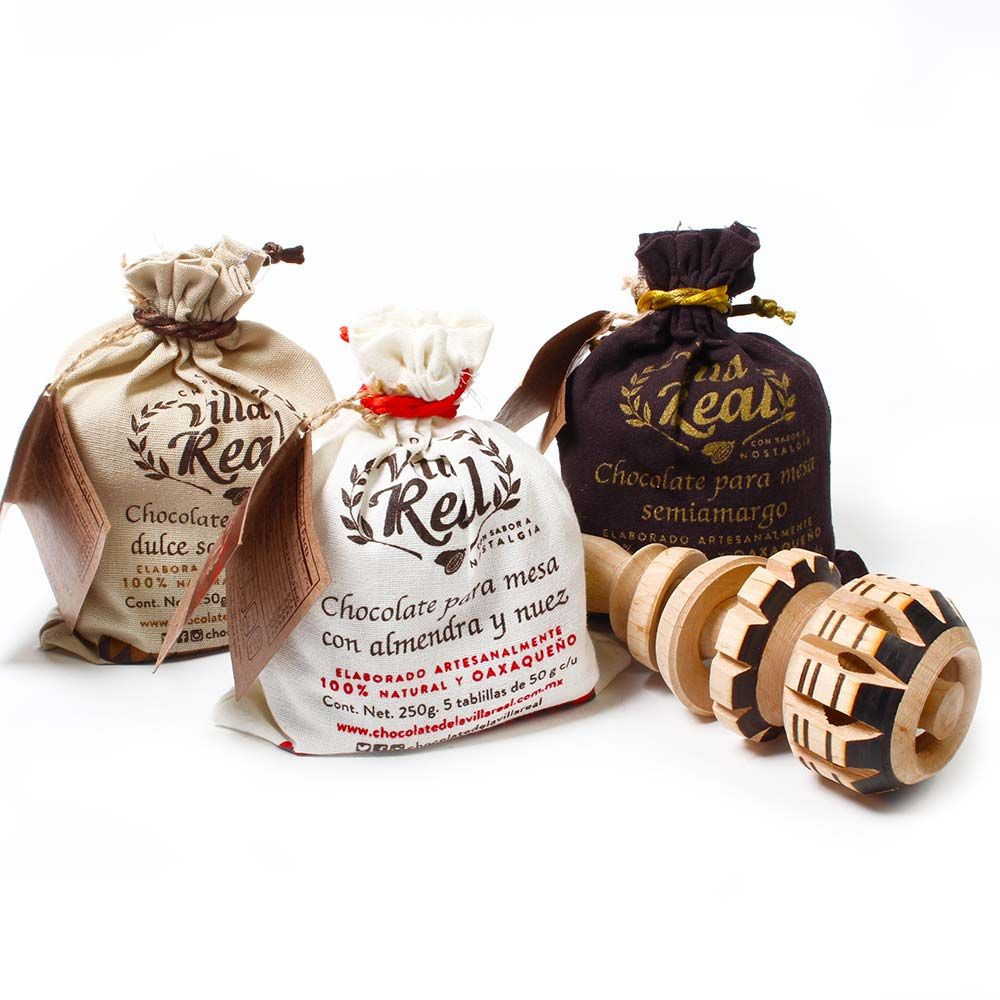 Symbolic title image. You will find all products currently included in this set in the detailed list below.

The lactose-free chocolate can also be eaten straight. It is made according to traditional recipes that date back to the Aztecs and Spanish colonial rule. The Aztecs made chocolate from ground cocoa beans and spices such as cinnamon and vanilla with nuts and hot water too.

The Spaniards brought cows from Europe to Central America, which made the preparation with milk and sugar prevalent. Fortunately, the traditional recipe was retained, so that today we know both.

The set is attached to a typical Holzquirl or Molinillo with which the foam can be stirred.

Ingredients and nutritional values for the set:

This set consists of:

Drinking chocolate 40% with vanilla in a fabric bag 250g

The drinking chocolate from Mexico is made according to a traditional recipe. The cocoa beans are a type of criollo from Mexico. The most authentic Mexican chocolate is without preservatives free from flavor...

The drinking chocolate from Mexico is made according to a traditional recipe. The cocoa beans are a type of criollo from Mexico. The most authentic Mexican chocolate is without preservatives free from flavor enhancers...

The drinking chocolate from Mexico is made according to a traditional recipe. The cocoa beans are a type of criollo from Mexico. The most authentic Mexican chocolate is without preservatives free from flavor...