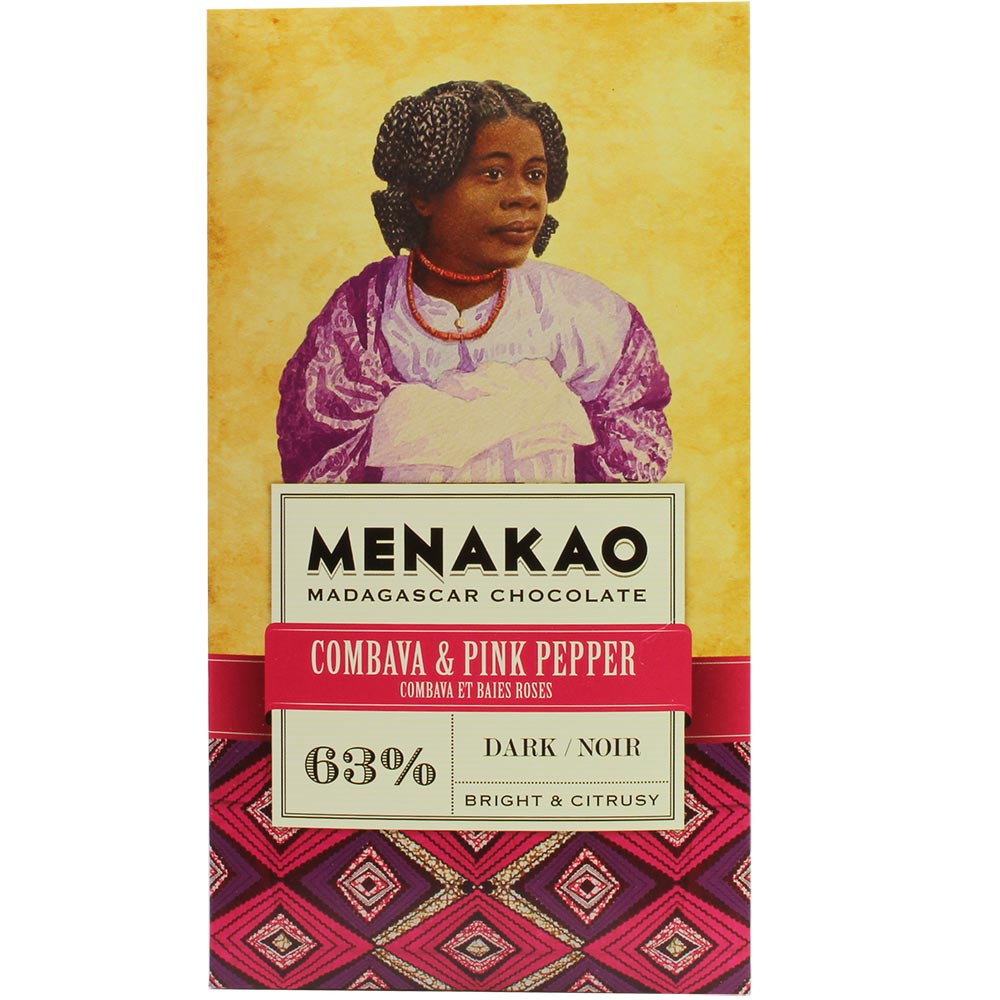 This article is currently sold out or currently not available.
Please enter your email address below and we will notify you when the item is available again.
Description Characteristics Ingredients & nutritional value
Description
Close menu
63% Combava & Pink Pepper - Trinitario Dark chocolate with combava and pink pepper

The spice of the pink pepper and the citrus note of the Combava fruit dance with the fruity note of the chocolate, creating a harmoniously fresh chocolate.

The picture shows the portrait of a woman from Betsimisaraka (numerous and inseparable): They are located between Mananjary and Vohémar and form the largest group on the east coast of Madagascar, a region with tropical rain, dense forest and lush vegetation. These cheerful people love the collective dance, which is characterized by swaying hips and a slowness in rhythm that are reminiscent of the Polynesian dances.

Mena means red in Malagasy . Red like the rich soil and the deposits from the Sambiranao River, red like the cocoa beans, mainly of the Criollo variety, which come from the best plantation on the island. Kao, of course, stands for cocoa. Hence the company name. 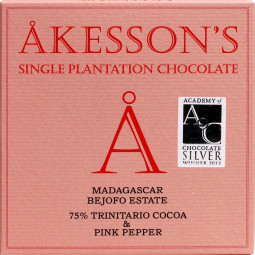 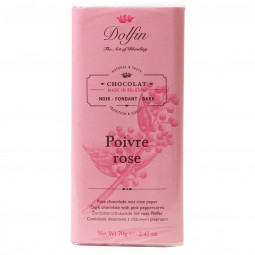