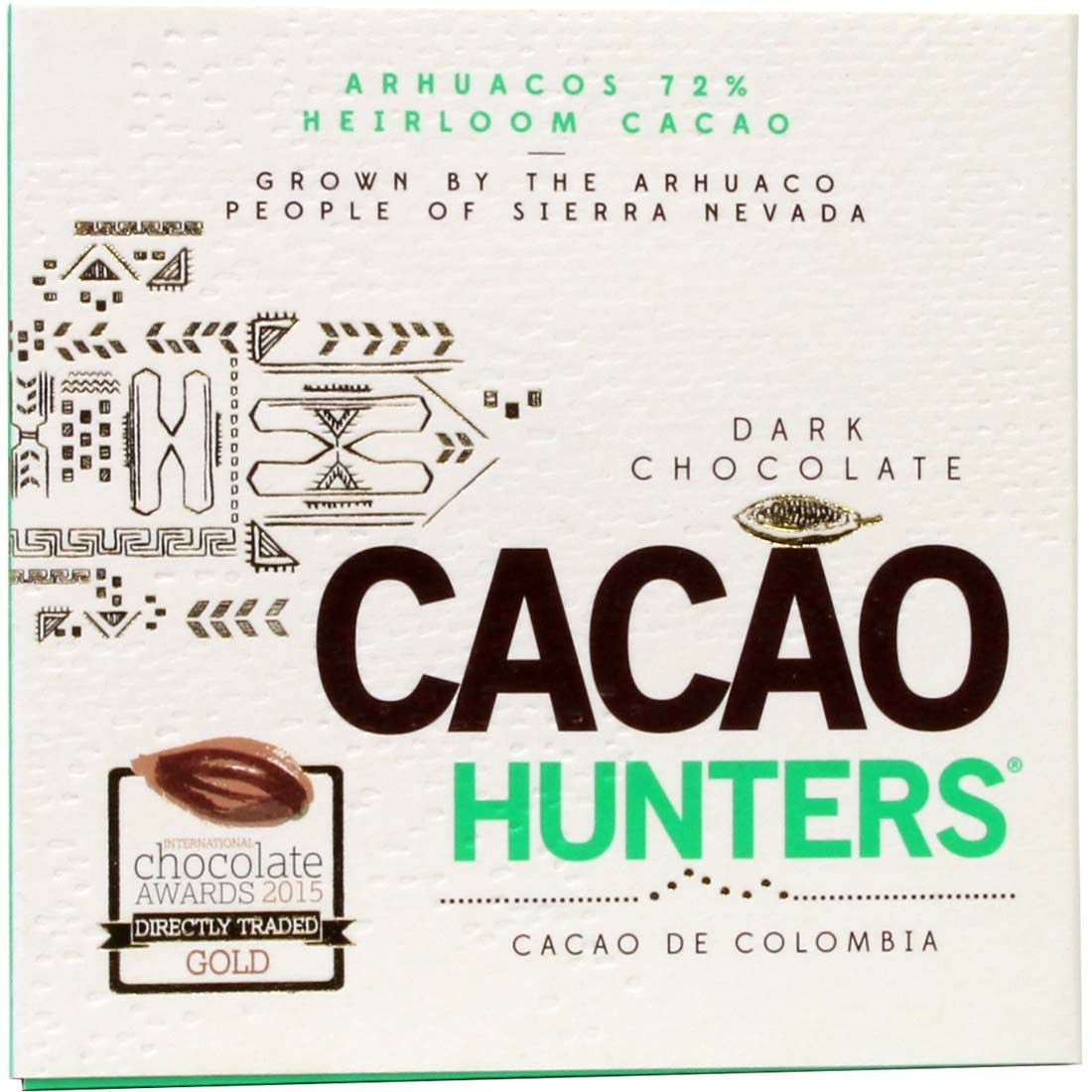 Arhuacos 72% Heirloom Cacao is a dark chocolate from Colombia. The cocoa are original, indigenous plants that are grown by the Arhuaco or Ika Indians, an indigenous people, in the southern area of the Sierra Nevada in the Santa Marta mountain ranges.

The Sierra Nevada reaches heights of 5775 m above sea level in the Caribbean, making it the highest coastal area in the world. The men wear conical, white hats that symbolize the snow-covered mountain peaks. The Indians are a peaceful people who live from growing fruits and vegetables. Because of the recurring fighting between the army, guerrillas and paramilitaries, many of them were killed. Since the 17th century the area was occupied by Capuchin missionaries who were expelled in the 1980s. Instead, settlers came who use drugs such as marijuana and coca in the area.

- Taste : the dark chocolate has a nice, pleasant texture and very delicate, fine notes of citrus fruits and bananas . Despite the 72% cocoa content, the chocolate is very round and mild. A chocolate to enjoy, which certainly won't disappoint.

The dark chocolate Arhuacos 72% Heirloom Cacao by Cacao Hunters is a chocolate that every chocolate lover should have tried.