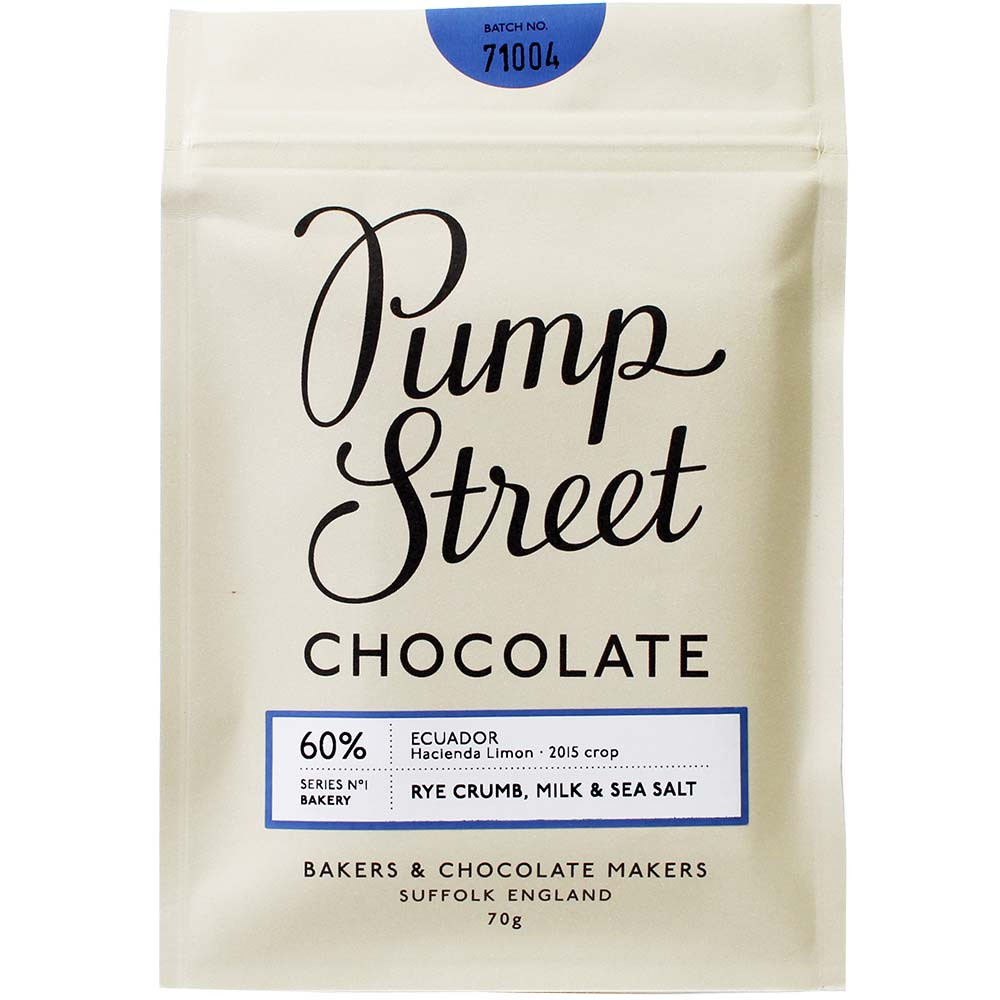 The family business from Pump Street in Orford, Suffolk, England, is run by a father and daughter. They are both career changers and have taught themselves both how to bake and how to make chocolate. You have familiarized yourself intensively with cocoa and its processing and only purchase the very best quality cocoa. They pay special attention to the harvest and subsequent fermentation of the beans.

The cocoa for this chocolate comes from the Hacienda Limon , in the Los Rios province of Ecuador . It's a so-called heirloom cacao , a historical one Crop plant. The plantation is located in the Guayas Basin, one of the most fertile areas on the Pacific coast. The region is ideal for growing cocoa. Unfortunately, most of the original cocoa varieties in Mexico and Central America have been replaced by higher-yielding, but poorer-flavored varieties. The CCN51 cocoa variety has four times the yield, is difficult to ferment and therefore has little flavor.

Today 10 cocoa varieties were found in Ecuador that go back to the fine flavor variety Arriba. Very few cocoa farmers grow them today. Of the Owner of the plantation, Samuel von Rutte , planted beginning of the millennium 157 Hectares of Arriba cocoa, which he got from the collection of a gene database. This was founded in the 1950s by the Rockefeller Foundation. He familiarized himself with the harvest, fermentation and drying process and learned about them know the essential processes that are necessary for the desired flavor profile.

In 2014 he was given his plantation the status Heirloom Cacao Preservation (HCP) awarded, which very few cocoa farmers receive. The aim of the HCP is to find and obtain fine flavor cocoa. Heirloom cocoa is considered the diamond among cocoa beans.

The pleasant creaminess of Ecuadorian milk chocolate harmonises with the nutty and slightly sour notes of the rye grains.

Pump Street Chocolate received gold from the Academy of Chocolate in 2015 and 2 gold stars at the Great Taste Awards.

The 60% Rye Crumb, Milk and Sea Salt Chocolate is one of our favorite chocolates .