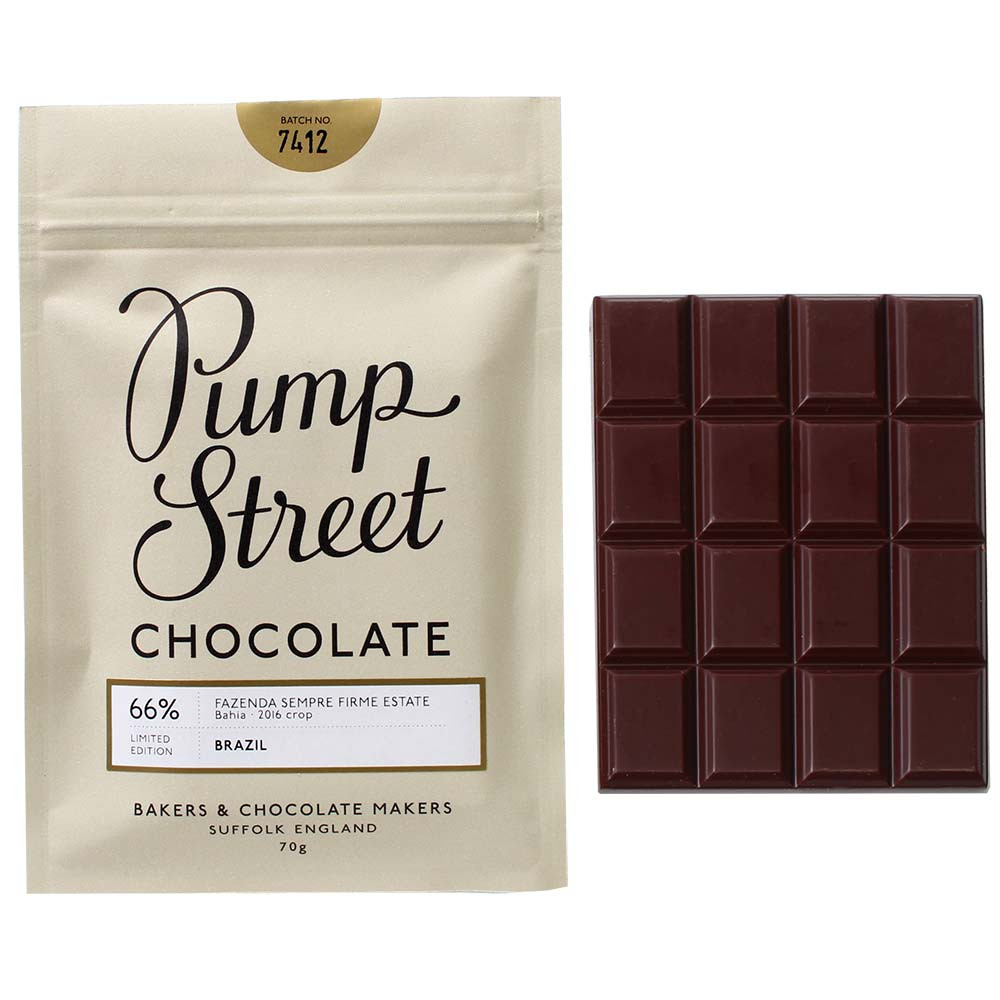 This article is currently sold out or no longer available.
Please enter your email address below We will notify you when the item is available again.
Description Characteristics Ingredients & nutritional value
Description
Close menu
Fazenda Semper Firme Estate Bahia Brazil - 66% Zartbitterschokolade Limited Edition

The cocoa beans for this chocolate come from Brazil. More precisely from the Atlantic rainforest (Mata Atlantica) from Bertil Akesson's plantation in Bahia. The Fazenda Semper Firme is 120 hectares in size. Bertil Akesson and his Brazilian partner Dr. Angelo Calmon de Sa has succeeded in building up social structures so that the locals call the plantation a paradise. They grow the Forestero cocoa variety "Parasinho". It is because of this type of cocoa that Bahia became famous in the early 20th century. The flavors of cocoa are varied and range from soft wood and earth notes to fruity notes such as the local Piganta fruit or blackberries. A pronounced blackberry aroma gives way to liquorice and pepper notes, which are coated with caramel and molasses.

Today the Mata Atlantica is one of the most threatened tropical forests. The area was heavily deforested in the 20th century. Of the original 1.3 million km², 92,000 km² are still left today. 75% of them are endangered. In 1993 the area was declared a UNESCO Biosphere Reserve in 14 states. 17 states were more or less covered by the rainforest. More than 90% of the Mata Atlantica have been destroyed to this day.

The deforestation began as early as 1502 by the European conquerors. The contracts with the brazil wood gave the country its name. The deforestation continued with the clearing of land for sugar cane and coffee. The biodiversity in the Mata Atlantica is higher than in the Amazon basin. Today the Brazilian government is trying to protect the rainforest from deforestation through protected areas. However, due to staff shortages and the size of the area, it is more than difficult to monitor.