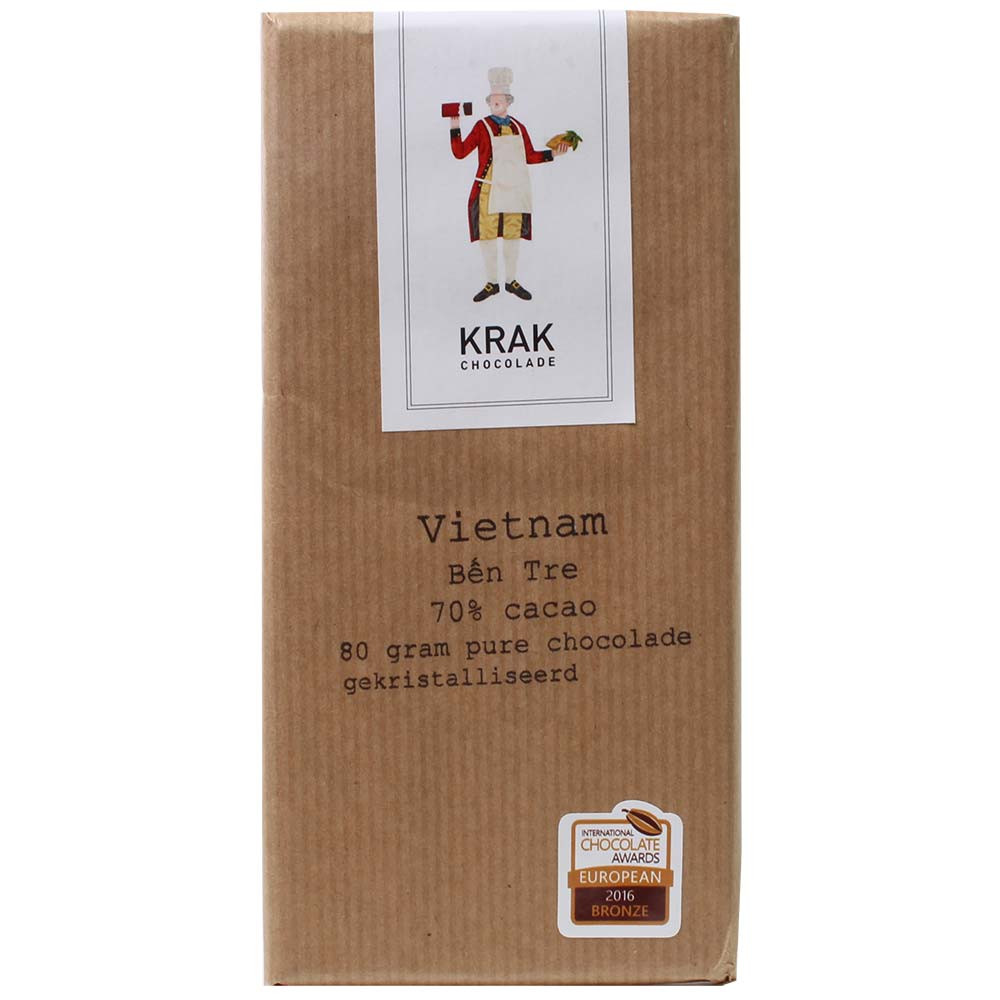 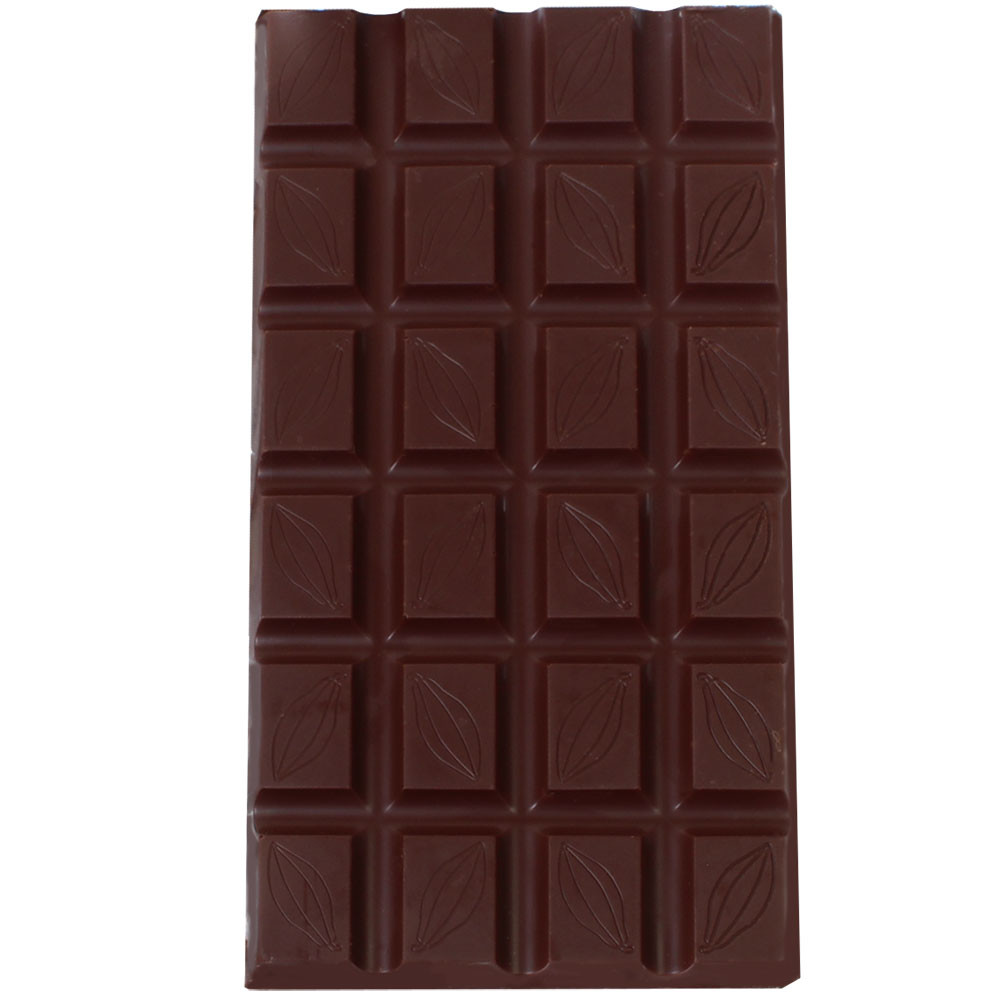 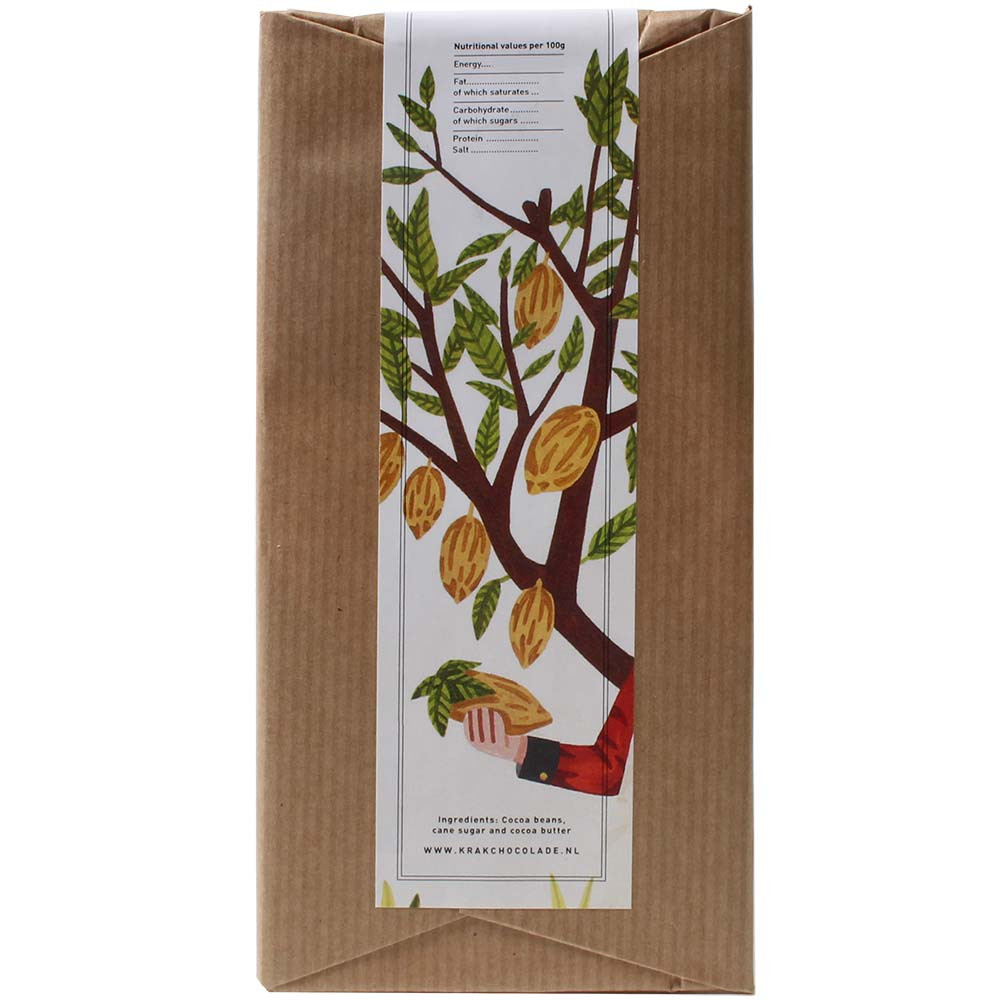 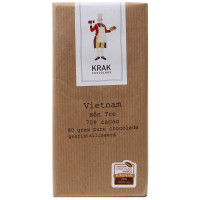 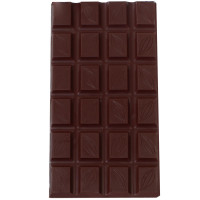 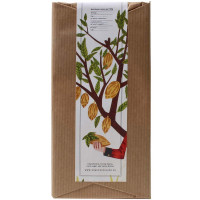 The province of Ben Tre is only 90 km from the capital Ho Chi Minh City away. It is located in the Mekong Delta and is one of the most fertile areas in the country. The one out of three The province of islands has around 1.5 million inhabitants and is often used as a weekend excursion destination by the inhabitants of the capital. The land is only 1.5 m above sea level and is constantly threatened by flooding. Ben Tre is also known for Keo Dua - coconut candy. So many coconut trees are grown in the area that Ben Tre is called the Capital of Coconut.

There are few cocoa trees in this fertile river delta. This chocolate is made in Holland by Mark Schimmel from these cocoa trees.

Perhaps you would like to try the Marou Chocolate Ben Tre 78% Single Origin Dark Chocolate to get to know the different styles of the chocolatiers.

Awards: In 2016 the chocolate won European Bronze at the International Chocolate Awards .

The flavors of the Krak Chocolade 70% Vietnam Ben Tre chocolate are reminiscent of citrus fruits, nuts and have earthy notes.