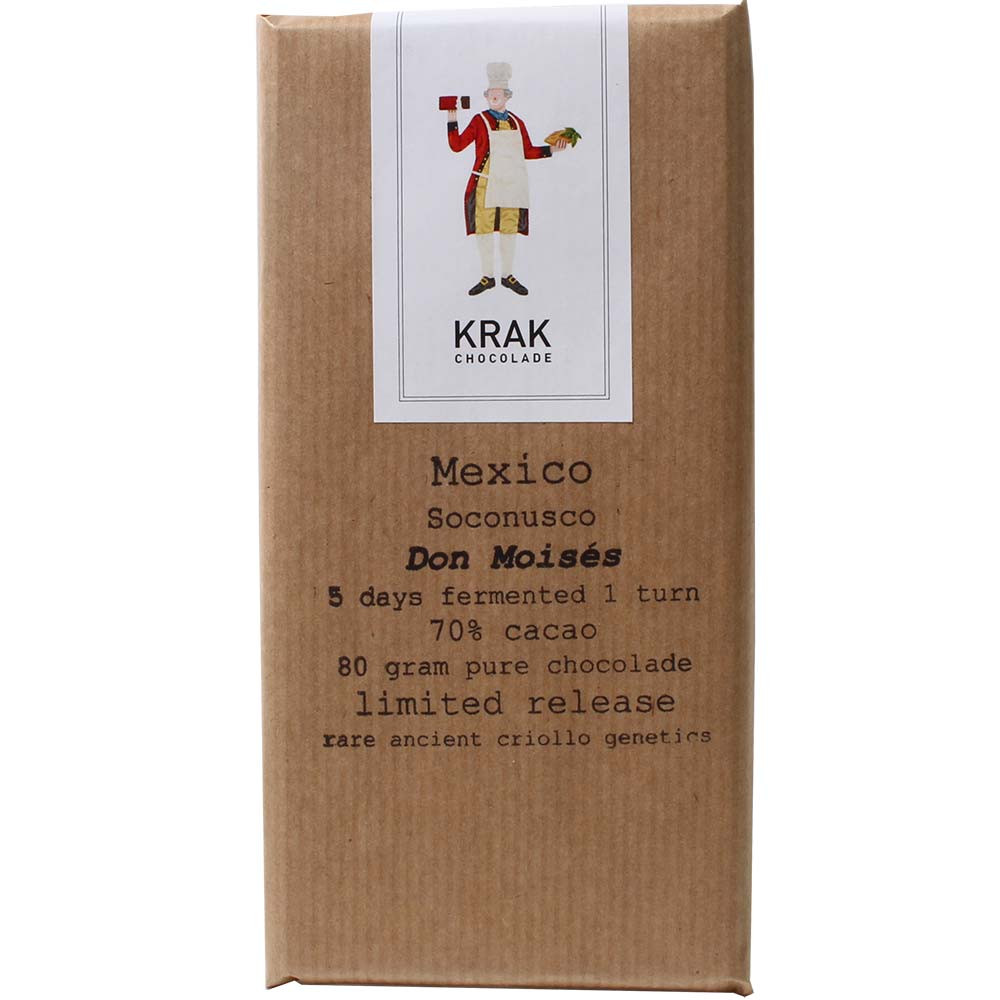 Limited release made from rare and antique Criollo cocoa

Limited release made from rare and antique Criollo cocoa

The cocoa beans for this chocolate have a long history. They come from the Chiapas region in the southwest on the border with Guatemala. Finca La Rioja is located in Cacahoatán, which means place of cocoa in the ancient Toltec language. The cocoa plantation was founded in early 1900 by the immigrant Moisés Mugüerza Gutiérrez from Andalusia. In addition to cocoa, he also grew coffee and grain. Don Moisés collected Criollo species from southern Mexico, Belize and Guatemala, which he used for breeding. With the land reform under the government of Alvaro Obregon after the Mexican Revolution, much of the plantation and breeding facility was expropriated.

Almost 100 years later, descendants of the Mugüerza family proudly resumed breeding. Finca La Rioja now belongs to a great-grandson of Don Moisés. Today he continues to grow some of his ancestor's cocoa varieties. The annual harvest of these ancient cocoa varieties is only 70-140 kg per year. Hence the limited edition.

The cocoa beans are fermented in wooden boxes for 5 days and turned three times a day. This gives you enough air for the aromas to develop optimally. The beans are dried in the sun on wooden storage areas.

The beans have slightly bitter aromas, notes of light acidity and pleasantly velvety tannins in the finish. The chocolate is vegan, lactose-free, gluten-free and soy-free.

The Krak Chocolate 70% Mexico Soconusco Don Moisés limited release is a real pearl for connoisseurs of dark chocolate and friends of bean-to-bar chocolate .