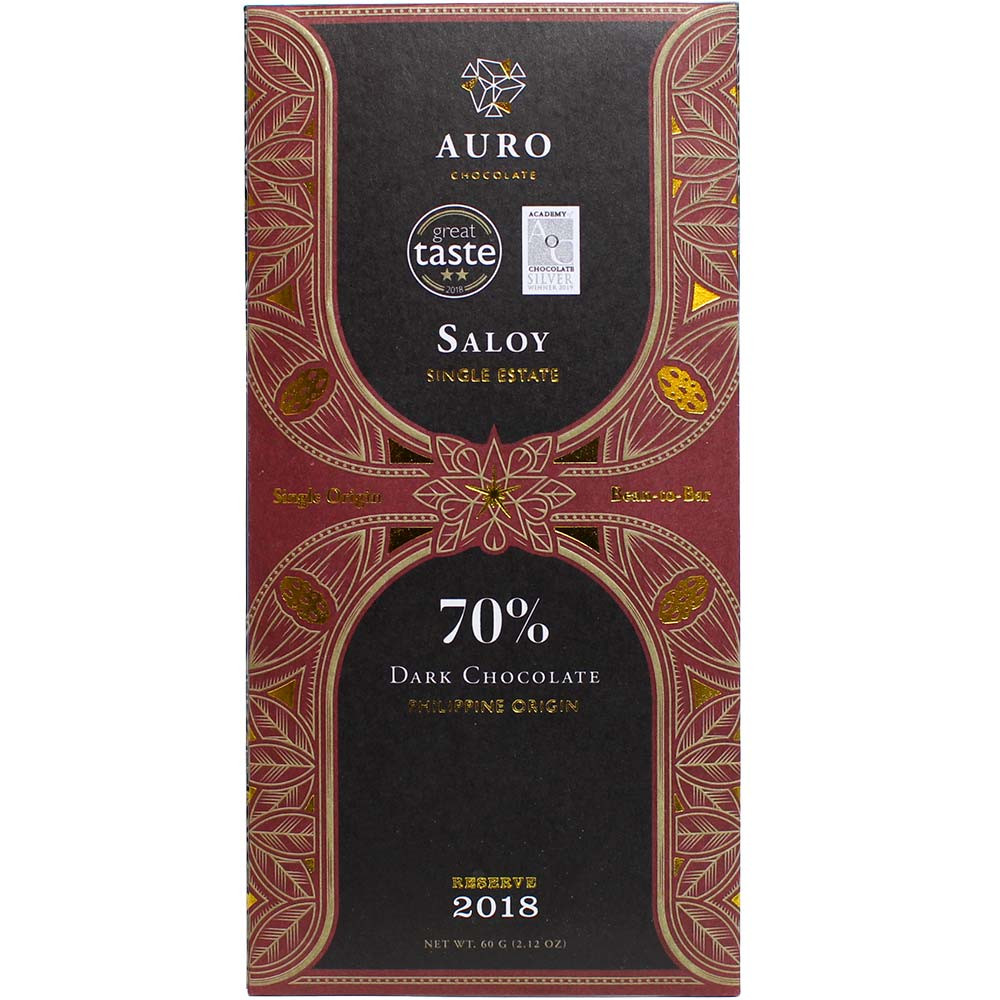 The chocolate belongs to the Reserve Collection, the high-quality series of chocolate bars by Auro Chocolate . The bars are made from the best cocoa beans from a vintage harvest. In this case from the year 2018. In this way, the characteristic aromas of each municipality and its region are expressed. The bars are a limited edition.

The Philippines has three main island groups, the southernmost of which is Mindanao . This is made up of six regions. Saloy belongs to Region XI or Davao Region, in the southeast of the country. The Davao region is divided into 16 provinces, which are divided into barangays. Barangays are the smallest political entities in the Philippines. The province of Davao City has 182 barangays (communities), one of which is Saloy , with approx. 2,100 inhabitants.

The chocolate has won prizes at the International Chocolate Awards and the Academy of Chocolate, as well as two stars at the Great Taste Awards ..

The 70% Saloy Single Estate Chocolate Philippines by Auro comes from the southeast of the island.

Other customers rated Saloy 70% dark chocolate from the Philippines