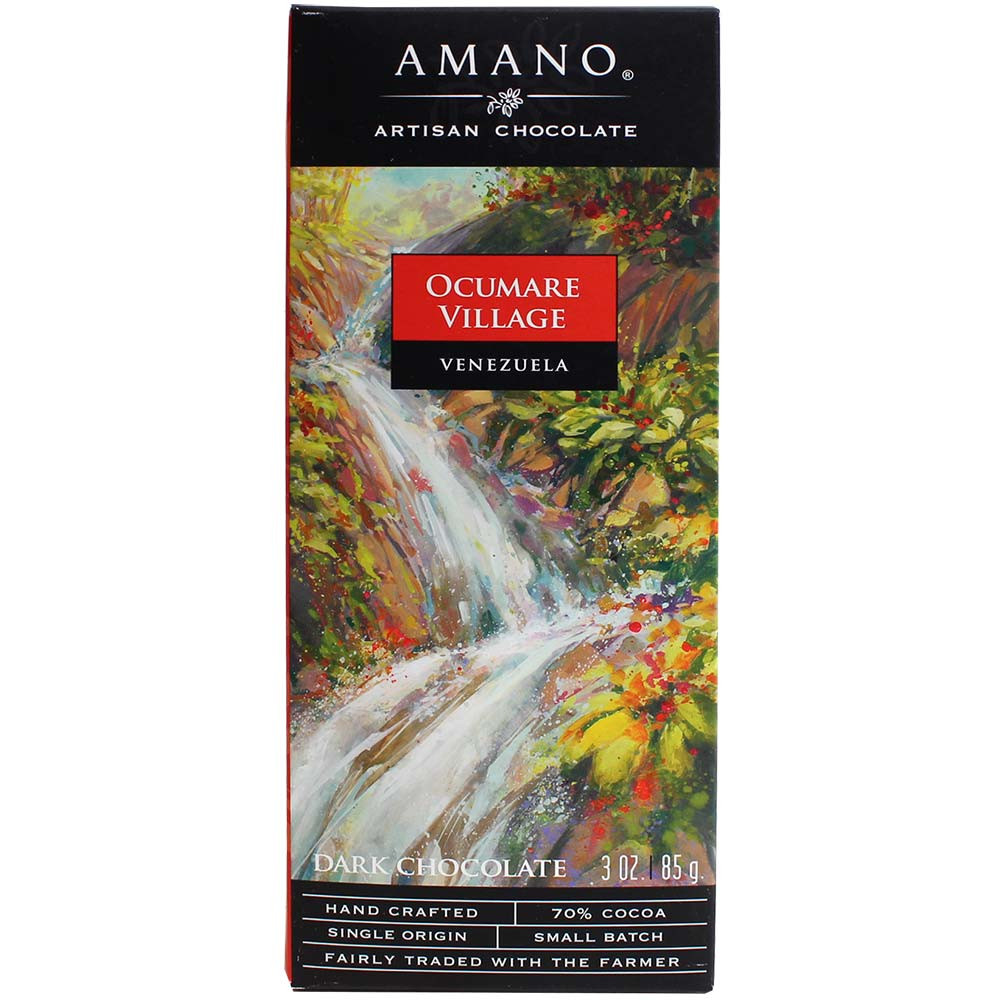 The cocoa from the remote village of Ocumare de la Costa has been known for its exceptional quality since 1600. For the founder of Amano, Art Pollard , it was an honor from the beginning to be able to process these fine cocoa beans. The aroma has always been looking for its equal. At Amano, many people have been seen being overwhelmed by the incredibly chocolaty flavors of cocoa.

The chocolate has rich and complex chocolate flavors with notes of red fruits and spices . Art Pollard adds real vanilla to every chocolate.

The cocoa beans are traded directly.

Amano is one of the best chocolate manufacturers in the world. You can check all prices on the Amano website.