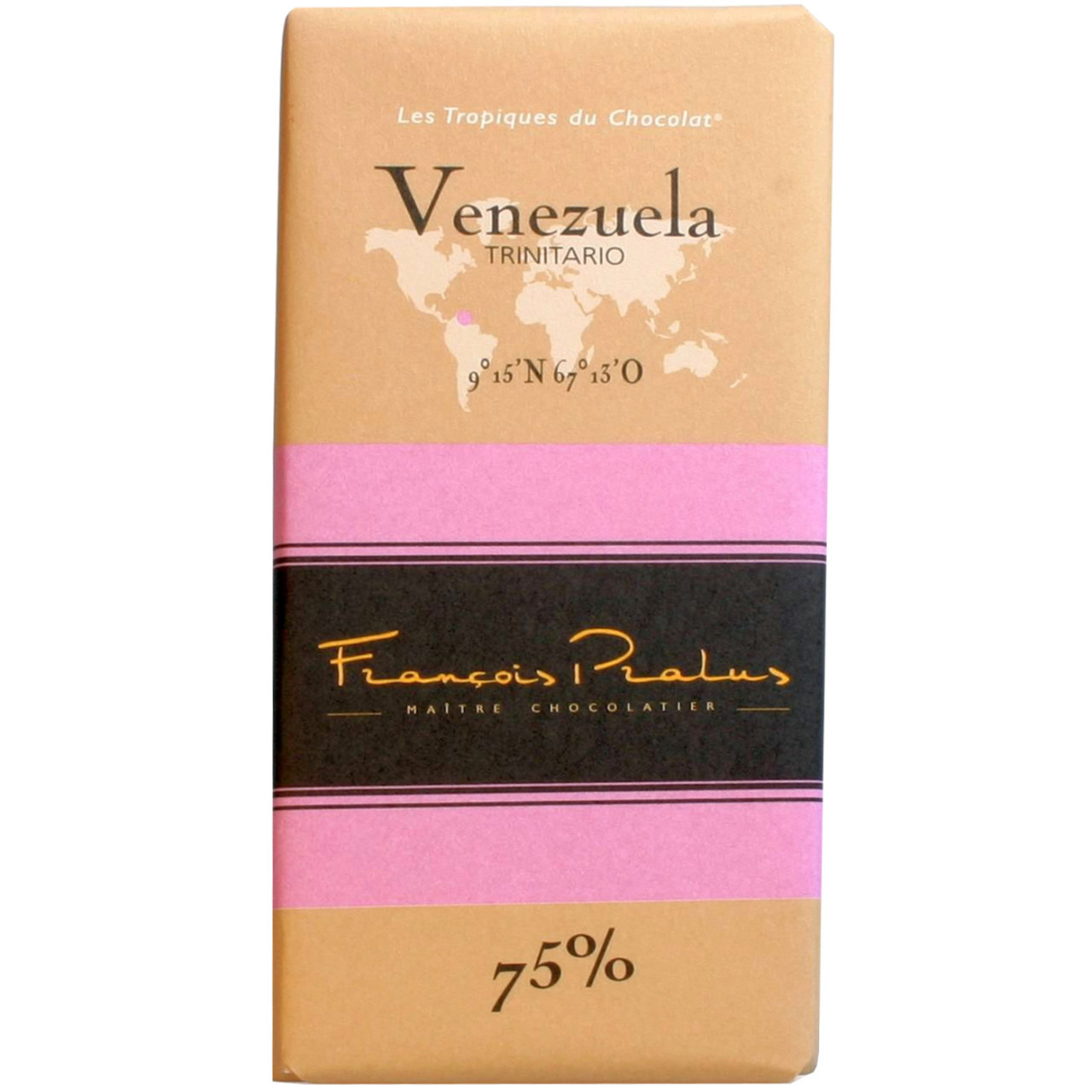 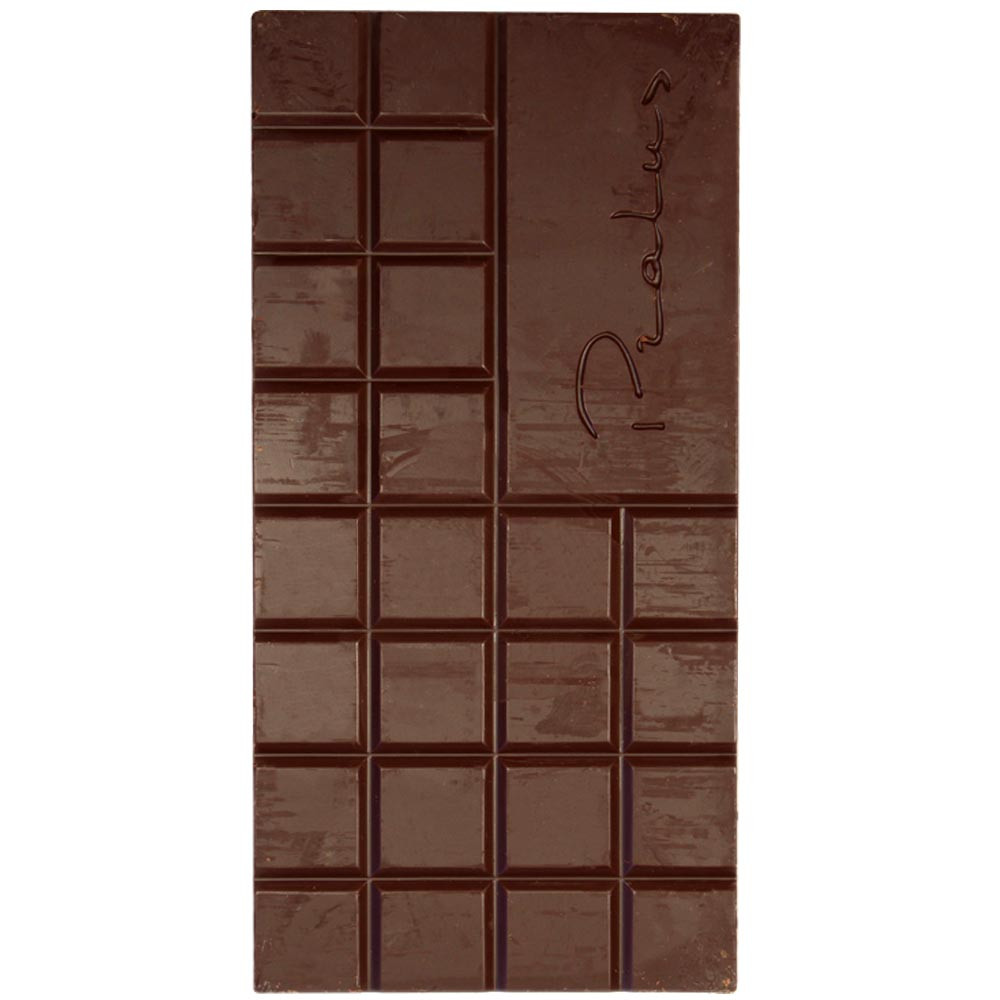 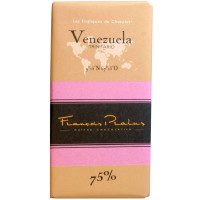 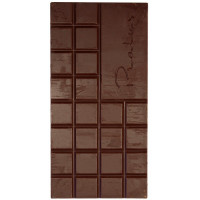 This article is currently sold out or currently not available.
Please enter your email address below and we will notify you when the item is available again.
Description Characteristics Ingredients & nutritional value
Description
Close menu
Venezuela Trinitario 75% Dark chocolate from Venezuela

The cocoa comes from the Barlovento east of Caracas. In the middle of the small villages is the port called Carenero . This gave the cocoa beans from all over the region its name. The region is from the The Tuy River crosses and inundates the cocoa plantations during the rainy season. In the region mainly Trinitario is planted, which can be obtained fermented as Carenero Superior or unfermented as Carenero Natural. The region grows a cocoa known for its smoothness and floral taste .

Venezuela Trinitario 75% chocolate is one of the best Pralus varieties. 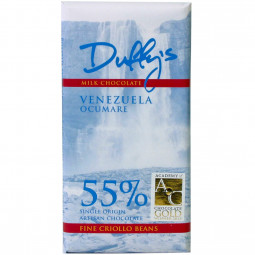 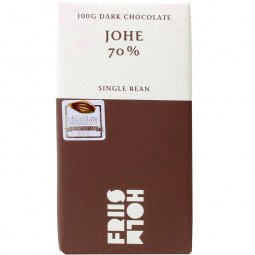