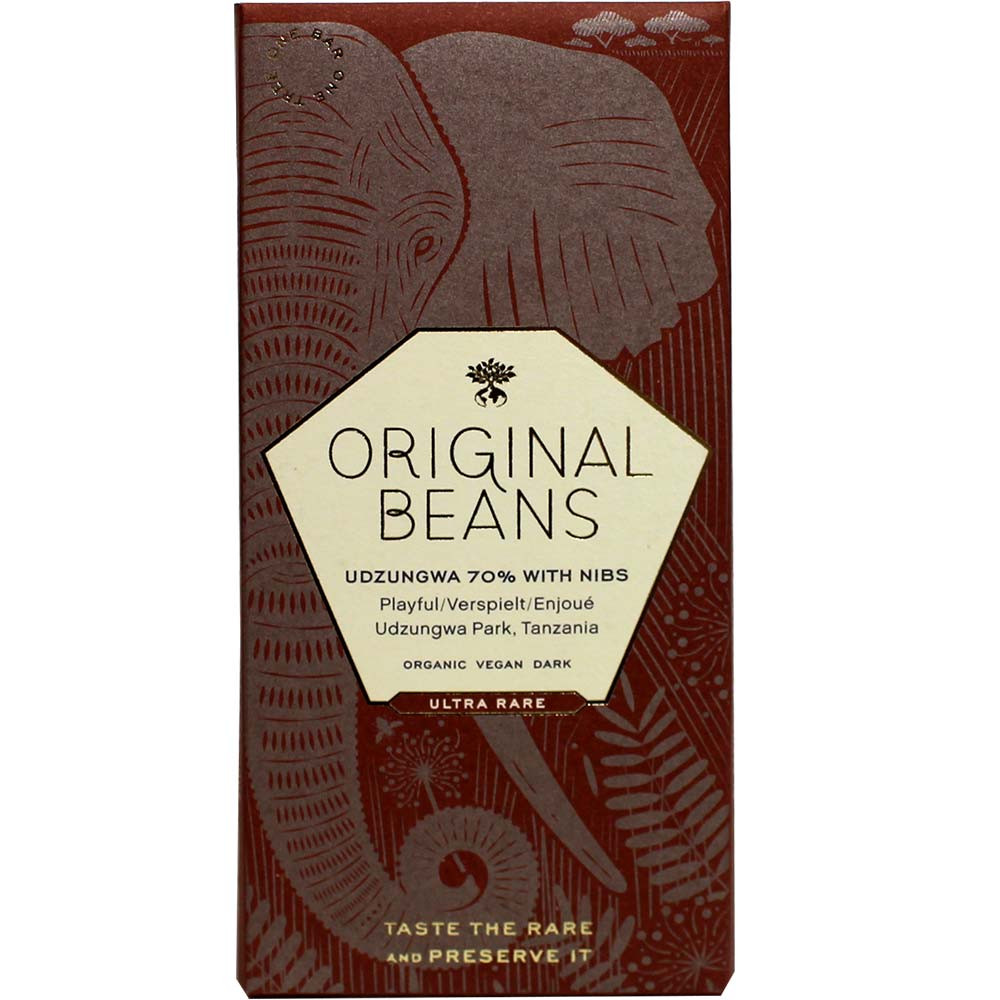 The cocoa beans for this chocolate come from Tanzania , more precisely from the Udzungwa Mountains National Park . It is an approx. 1900 km² nature reserve in the center of Tanzania. The Udzungwa Mountains are part of the Eastern Arc Mountains and are the largest mountain range and around 200 million years old. They are among the most biodiverse regions on earth. In the very old massifs of the Eastern Arc Mountains there are remnants of rainforests that were formed about 30 million years ago. There is the world's highest biodiversity here. A quarter of them are endemic, ie only occur there.

In the forests live, among many other animal species, mountain elephants , which now and then leave the reserve and migrate to the surrounding villages. Here they cause considerable damage by trampling down the harvest.

To protect humans and animals from one another, fences are built: with the help of bees! The largest land animal on earth is terrified of them. The beehives are hung on wires between 2 posts every 5 meters. Once an elephant tries to cut the wires to go through, will the bees im Beehive disturbed and attack the elephants. They run away immediately. Once you've learned what happens when you run over the wires, you'd better avoid the hanging beehives and never leave the reserve.

The Trinitario cocoa beans for the Original Beans Chocolate 70% Cru Uszungwa with nibs come from this region.

The cocoa beans are grown sustainably . The chocolate is vegan and gluten-free .

Here is a video about the elephants and bees: https://www.youtube.com/watch?v=oMPBqWHJ_fs

Try the Udzungwa 70% Chocolate with Cocoa NIbs from Original Beans and think Do this to the elephants and bees.