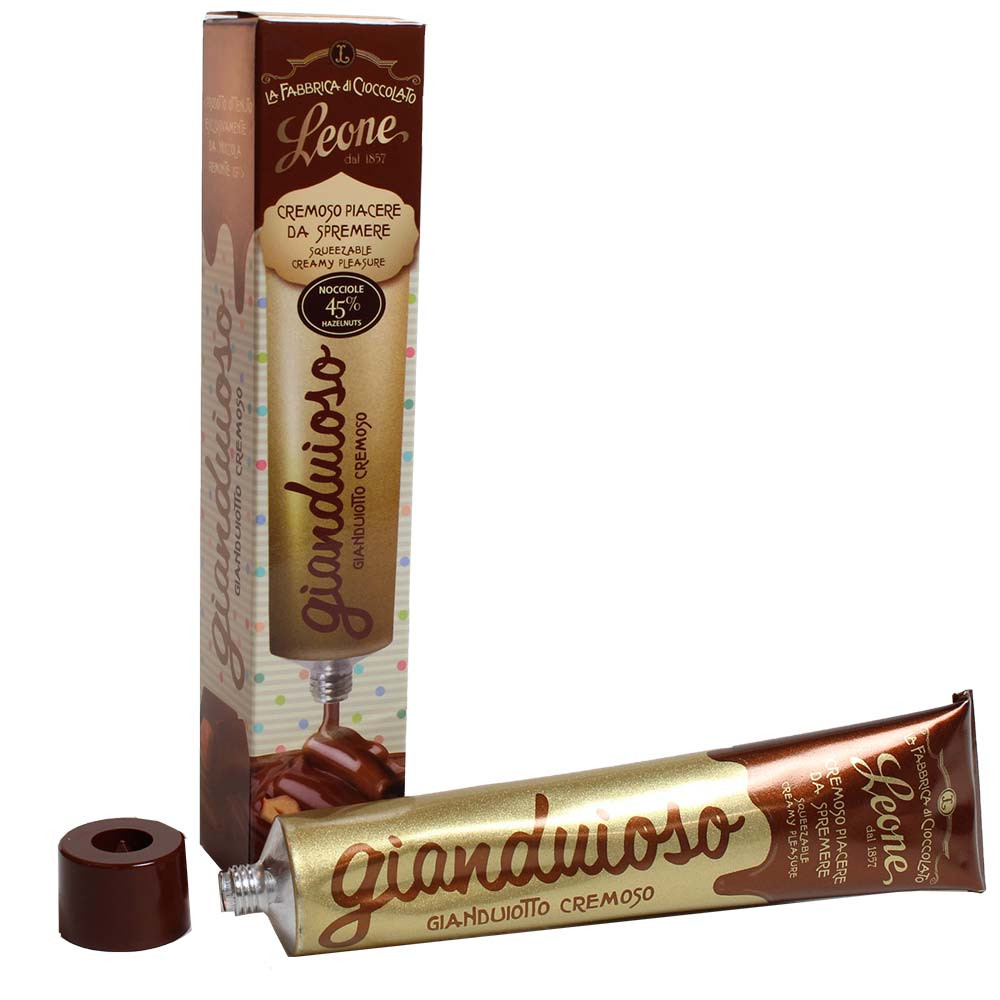 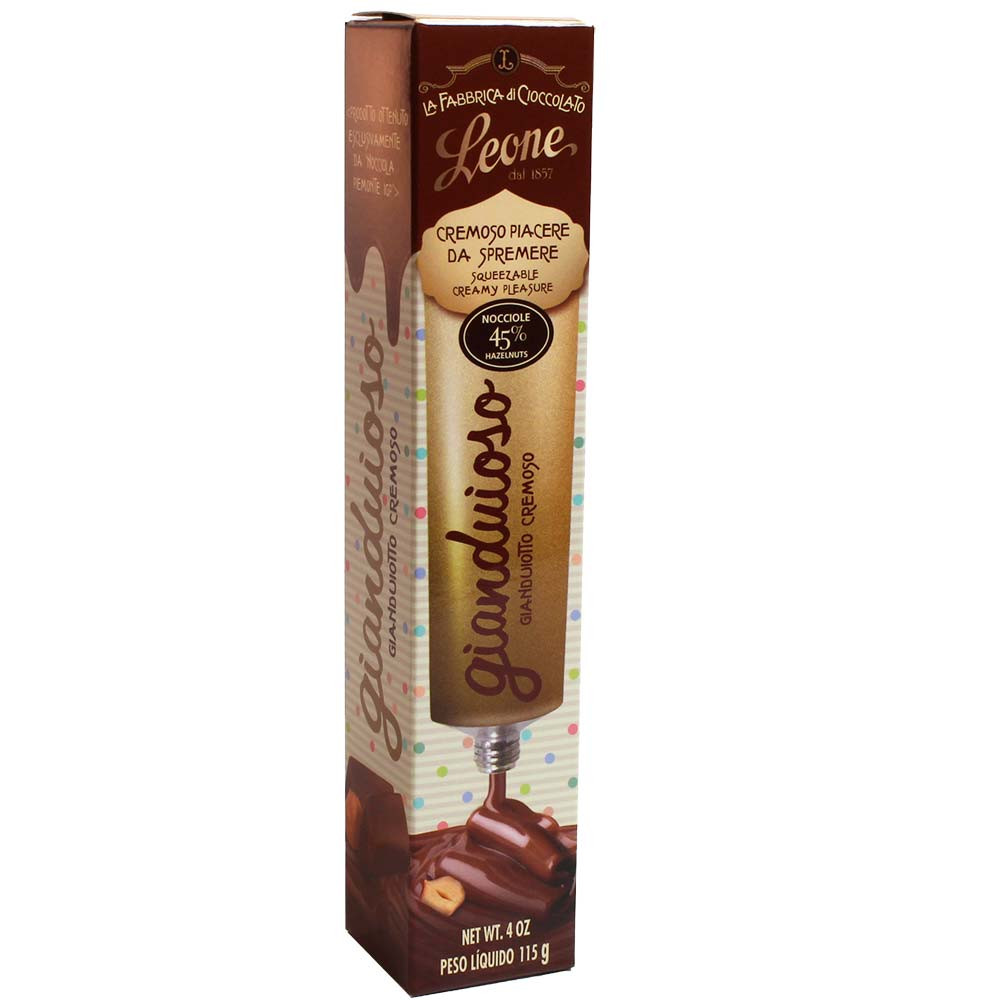 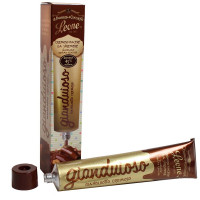 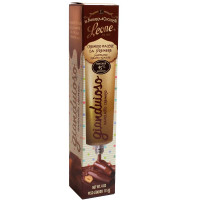 Spreadable cream in a tube from Piedmont

Spreadable cream in a tube from Piedmont

The extraordinary packaging also promises extraordinary content. The widely known beyond the borders Piemonte hazelnuts from the gianduia produced was processed to a spreadable cream in the tube. Enjoy this specialty on bread, over ice cream or on crêpes and pancakes.

The history of the Leone company, one of the oldest confectionery manufacturers in Europe, goes back to 1857. In Alba in northwestern Italy, Luigi Leone founded a shop and sold small, colorful pastilles. Shortly thereafter, the company was relocated to Turin to meet the demands of the royal family and the nobility, who became passionate about its products.

In 1934, Giselda Balla Moner and her brother Celso Balla bought the Pastiglie Leone and moved production to the current building. Gieselda Balla had only one goal: to expand and grow her business through a variety of products.
Today the philosophy of the house has been realigned, which takes the nutrition-specific aspect of the products into account. The chocolate line was also developed, the trademark of which are the pretty figures.