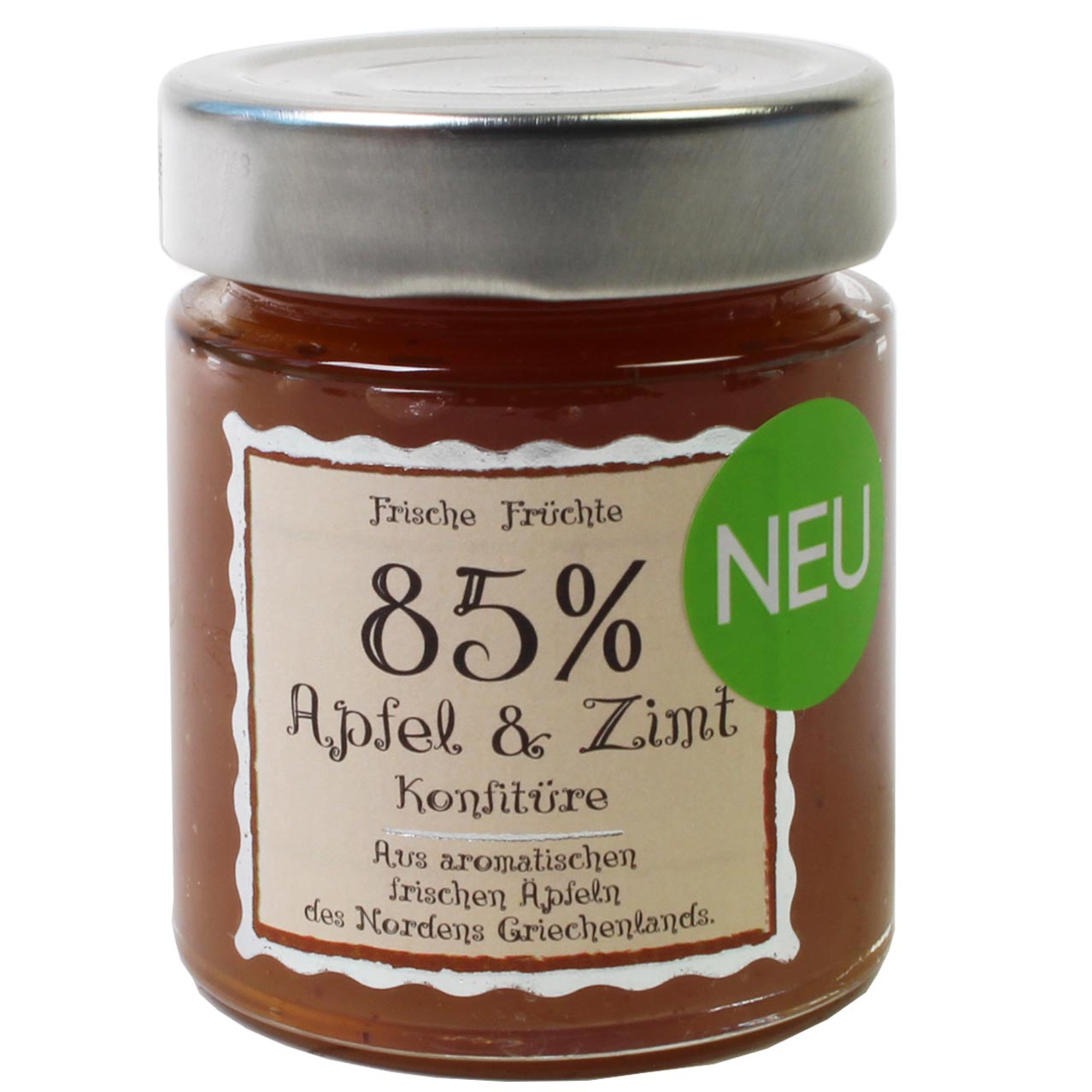 made from aromatic fresh apples from northern Greece

made from aromatic fresh apples from northern Greece

The apple & cinnamon jam can also be used as an apple compote for waffles, pancakes, yogurt, quark and cakes or ice cream. The imagination knows no limits.

Immediately after harvesting, the apples are handcrafted into jam and refined with cinnamon. Deligreece does not use any additives, only sugar and fresh lemon juice for preservation .