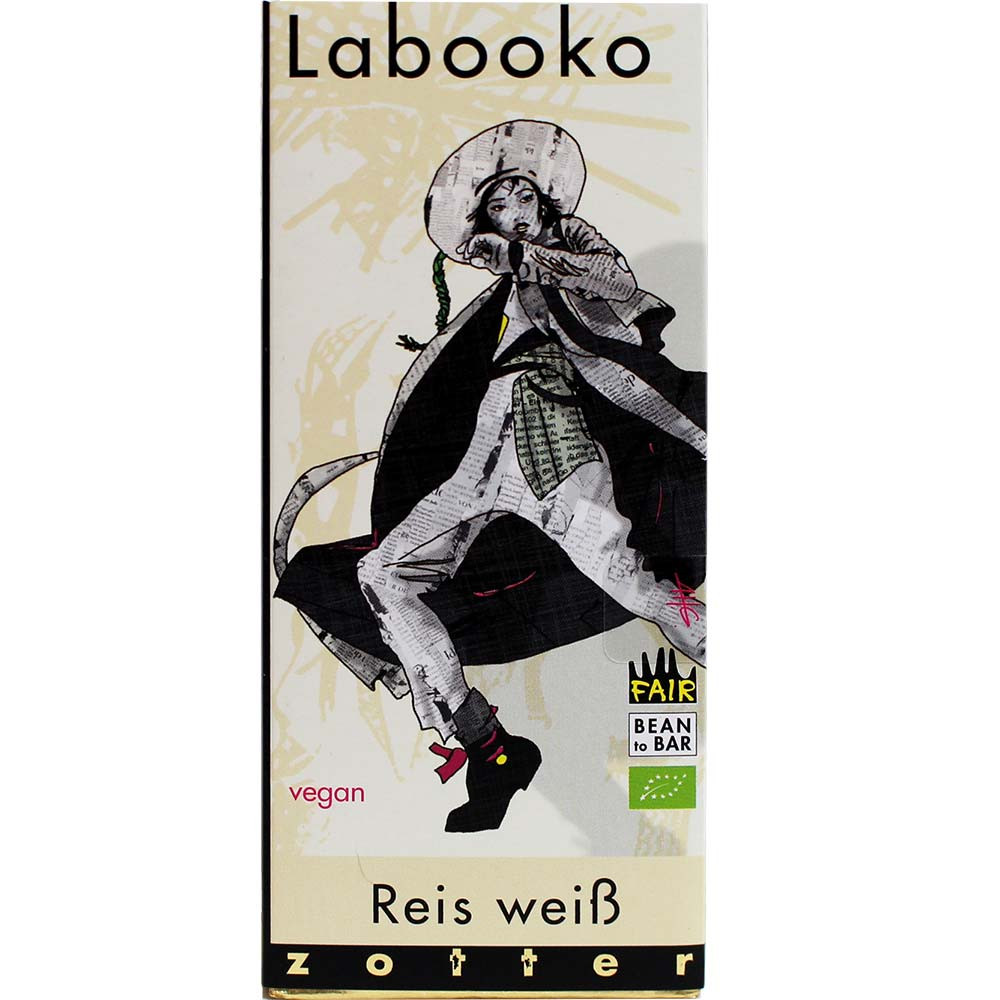 As an alternative to white chocolate, Josef Zotter came up with a bar with rice drink powder, sunflower oil, salt and vanilla.

As always, everything is organic and as far as possible from fair trade and VEGAN!

Zotter describes the taste as follows: Notes of rice pudding and vanilla.

Not tried it yet? Now it is possible to simply order the white rice table from Zotter here.