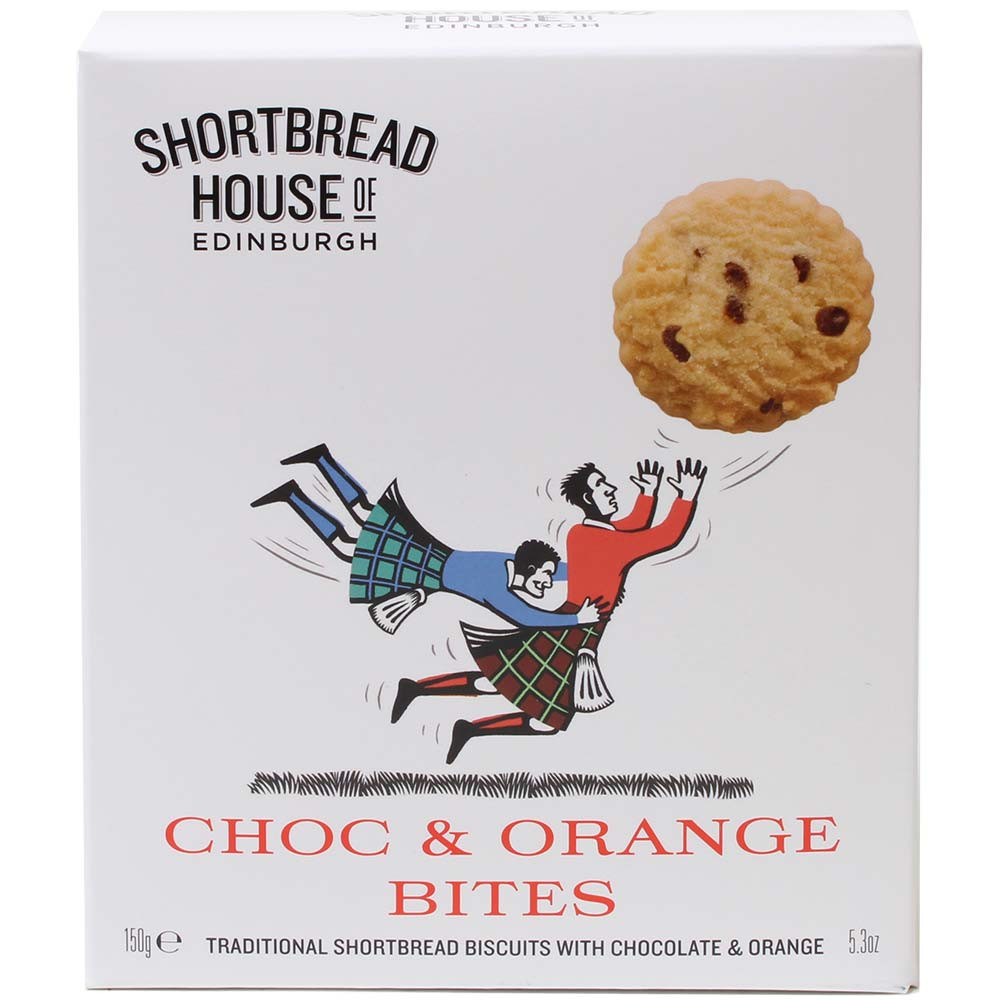 This article is currently sold out or no longer available.
Please enter your email address below We will notify you when the item is available again.
Description Characteristics Ingredients & nutritional value
Description
Close menu
Choc & Orange Bites - Shortbread with chocolate & orange from Scotland scottish pastries

Percent Range - 10% of the profits from this pastry line will be given to charity. You can follow exactly which projects these are on the company's website.

The Choc & Orange Bites - shortbread with chocolate & Orange from Scotland have a traditional taste.

The pictures on the packaging are reminiscent of Scottish, sporting legends , some of which go back to the Middle Ages. The games usually ended, how could it be otherwise in Scotland, with a little sip of whiskey and a piece of shortbread.

Rugby - the legend tells that the English lost the first Rugby World Cup because they ate the Scottish butter biscuits instead of the usual orange halves.

We cannot and do not want to check whether the legend is true or not, but rather enjoy the wonderful taste of these Choc & Orange Bites from the Shortbread House of Edinburgh .