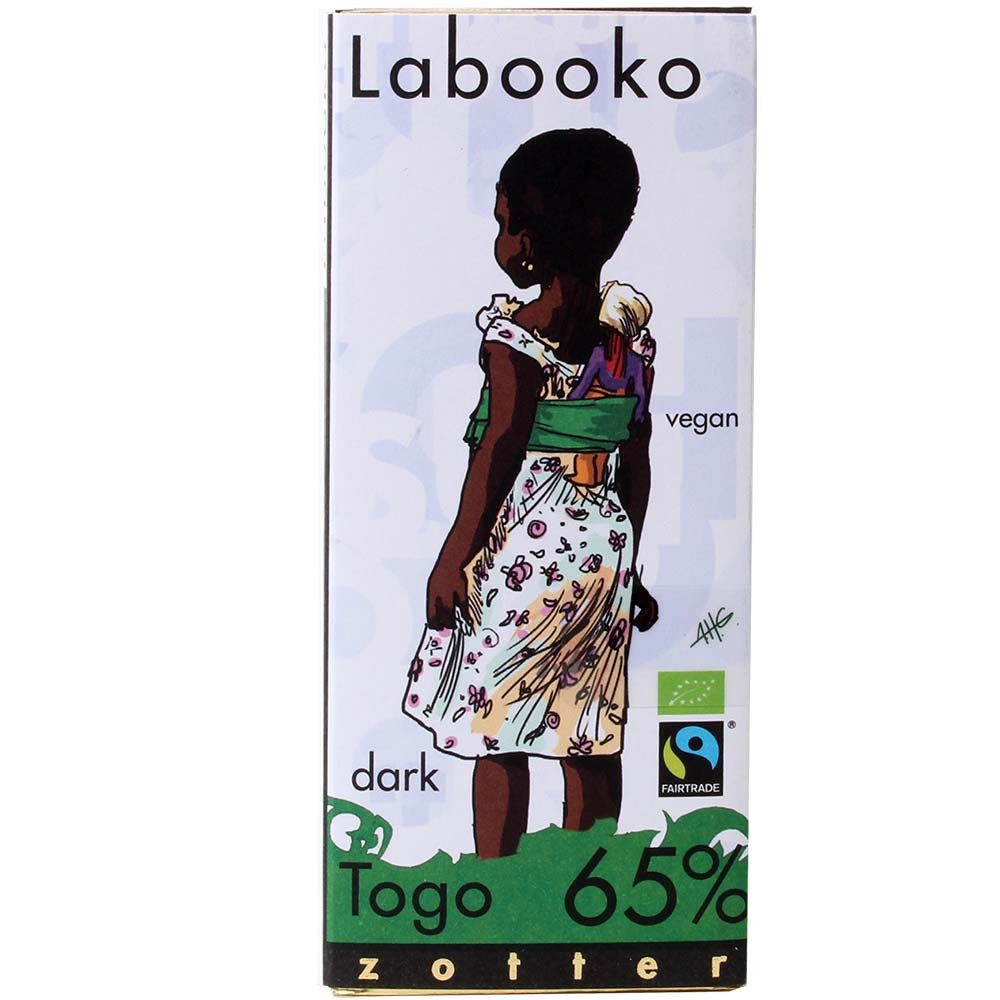 Chocolate with 65% cocoa from Togo

Chocolate with 65% cocoa from Togo

The cocoa for this chocolate comes from Togo. It is the first cocoa from Togo that is organic and fairly traded . The newly established Gebana cooperation supports 1,750 cocoa farmers. Together they founded a project for fair trade and environmental protection. It is a very important initiative and means a small revolution that Zotter absolutely wants to support.

In the Zotter Chocolaterie, the cocoa from Togo is transformed into dark chocolate with 65% cocoa content and raw cane sugar. The chocolate is conched for 16 hours.

The fair trade share is 100%, which Zotter states on every board.

By the way, you get a Fairtrade seal when only 20% of the ingredients are traded via the Fairtrade system and this is topped up with conventional goods through the so-called "quantity adjustment".
That is why Zotter - like many chocolatiers - has turned its back on Fairtrade. Since Zotter has been buying directly from cocoa farmers for a long time and pays better than under Fairtrade standards, he labels his chocolates with his own fair logo.