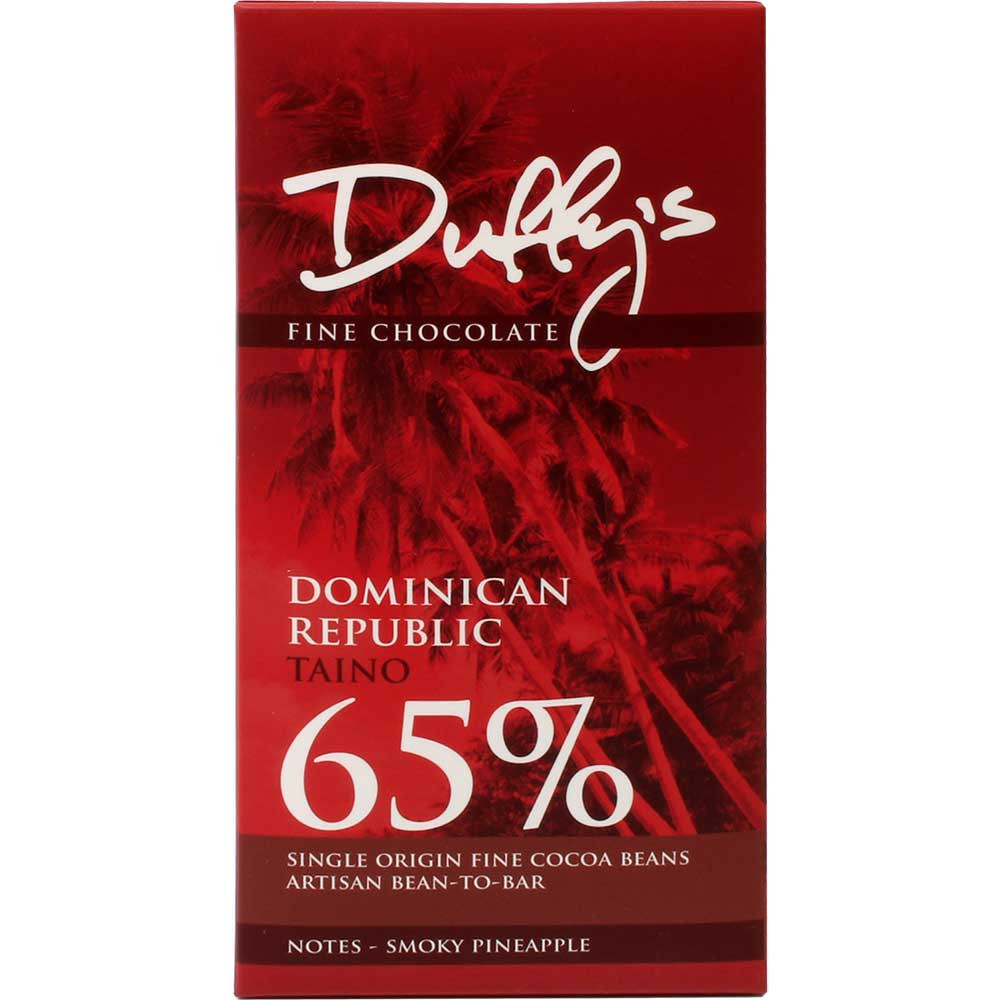 This dark chocolate is made from Hispaniola cocoa beans from the Dominican Republic . The beans have a distinct pineapple aroma!

The chocolate of origin is handcrafted by Duffys Chocolate in its factory in Lincolnshire. Duffy's makes bean-to-bar chocolate , which means that he is in control of the whole process from bean to bar. In this way, he can greatly influence the taste and consistency of the chocolate. The chocolate is ground stone ground, i.e. not as fine as one of the cocoa beans whose cocoa beans were ground in a conventional conche. In this way, the English chocolate has a slightly coarser, slightly gritty consistency.

Duffy has it Chocolate called Taino. These are the indigenous people of Hispaniola Island. It is the island on which Christopher Columbus landed with his three ships in 1492. He has the city La Navidad and later the city of Santo Domingo in the south. It is still the capital of the Dominican Republic today. The oldest buildings in all of America, which have been preserved from the colonial era, still stand in Santo Domingo.

The Dominican Republic is one of the most important producing countries for fine flavor cocoa and a member of the International Cocoa Organization ICCO.

The dark chocolate has 65% cocoa content, is soy-free and gluten-free. The chocolate bar is packed in a resealable paper box. The Single Origin Chocolate 65% Dominican Republic Taino is made from organically grown cocoa beans.