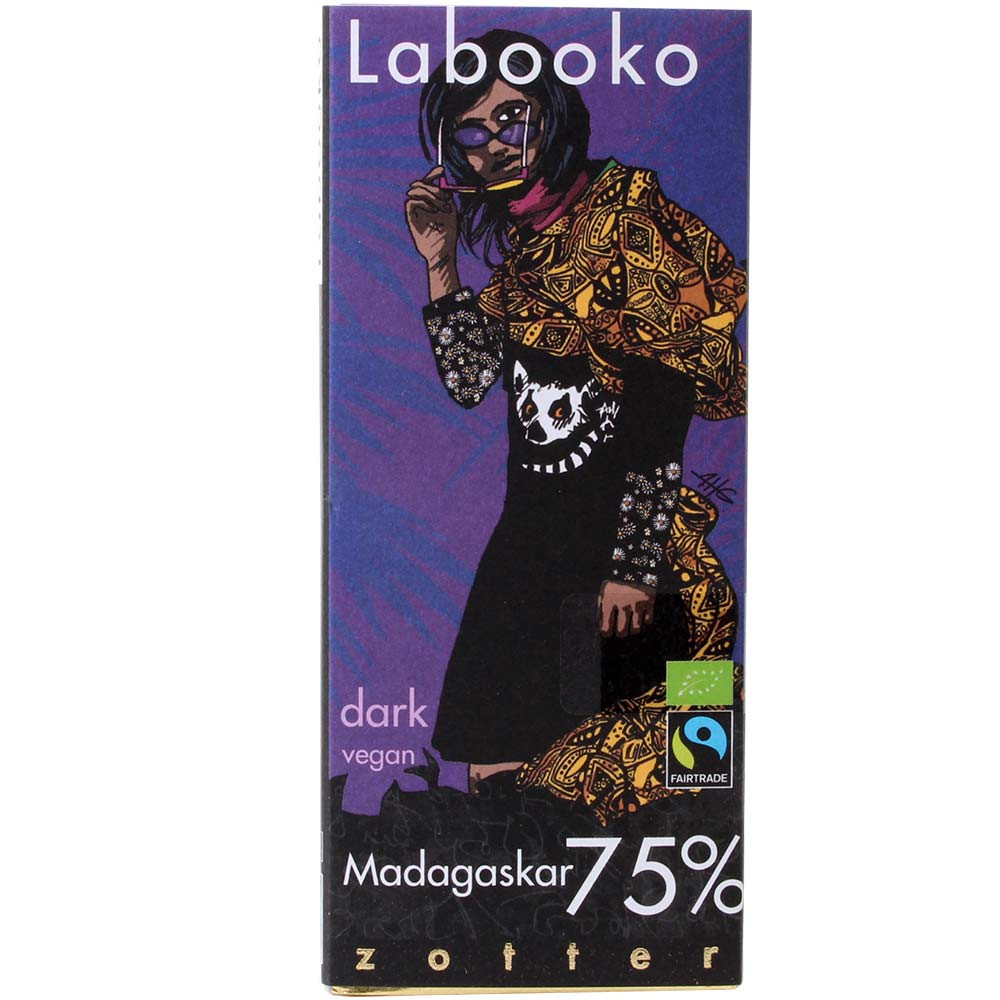 The cocoa for this chocolate is grown in Madagascar , in the Sambirano Valley . The valley is in the north of the island, which is the fourth largest in the world and larger than Germany. The cocoa from Madagascar is very popular because of its fruity notes. Most of the cocoa comes from small farming families, some of which have formed cooperatives. The cocoa in this chocolate is grown by the CPCS Cooperative Premium Cacao Sambirano , an association of 170 cocoa farmers.

Cocoa grows on volcanic soil and is a cross between Criollo and Trinitario , the best cocoa varieties in the world. The cocoa beans are carefully roasted and only Conched for 22 hours. The chocolate has strongly fruity, slightly sour notes that are typical of Madagascar. The fruits grown there such as mango and other exotic fruits, vanilla, but also pepper give the terroir its character. The pleasant sweetness in combination with the fruity notes comes from the raw cane sugar.

The chocolate has 75% cocoa content and is organically grown . Zotter works directly with the cocoa farmers, visits the plantations and imports the cocoa beans himself.

The Labooko 75% Madagascar Organic and Fair chocolate bar has a fair trade share of 100%.