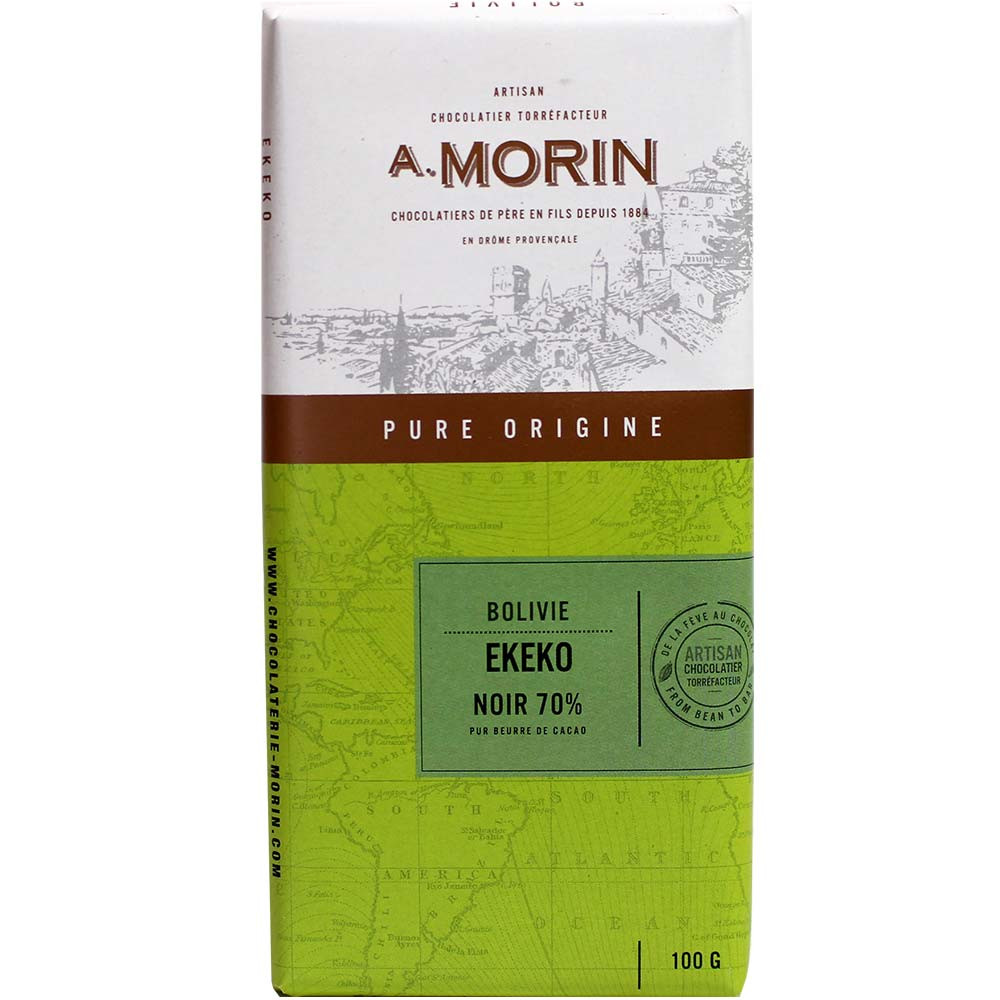 This cacao grows in the middle of the Cochabamba region in Bolivia. The locals of a cooperative of indigenous peoples from the Amazon basin, the Yuracré and the Chimanes, take care of the harvesting, fermentation and drying of the cacao. The cacao is harvested, but not cultivated, but left to its own devices, growing wild. The natives had to cope with the fact that their resources for living were dwindling due to the ever increasing deforestation of the jungle. So they began to occupy themselves with cacao.

The Yuracaré and Chimanes travel by boat or horseback to the islands and harvest the ripe cacao fruit. They take them to a collection point where they are opened, fermented and dried.

The cocoa beans are carefully sorted on site and later roasted, crushed and conched at Morin, after which they are poured into Chocolate bar. Chocolaterie A. Morin has been around for 4 generations and was founded in 1884.

The slightly woody tasting chocolate has intense aromas of yellow fruits & plums, and followed by hints of honey and warm chocolate.

Ekeko is the god of abundance, fertility and joy in the language of ancient Native American cultures. The small wooden figure with oversized penis has been worshipped for centuries. The Spaniards, however, were disturbed by the provactive representation and unceremoniously gave the figure Andean clothes. The figure is considered a lucky charm, which you have to keep happy so that the luck lasts. Thus, the figure gets cigarettes, alcohol and chickens (for the right choice of bride) and other things, depending on what is desired. Every year in January there is a festival in honor of the Ekeko in La Paz, where the figures are bought and exchanged. A nice name for a chocolate.

The 70% Bolivie Ekeko from A. Morin is a very special dark chocolate.