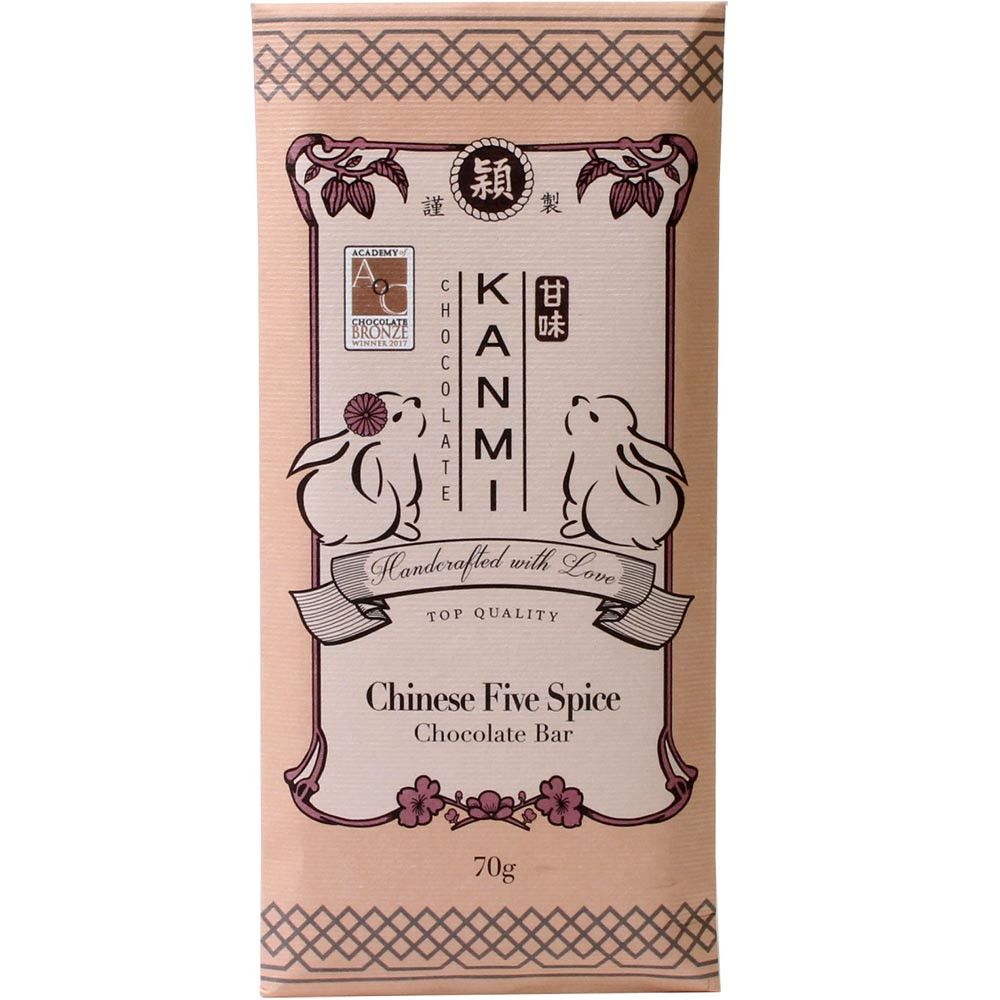 The milk chocolate with 35% cocoa content has been refined with the Chinese Five spices powder, which in our case consists of the following spices Spices:

The Chinese Five Spice or five-spice powder is not only full of flavors, but also contains, according to Chinese medicine, the five vital That nourish our body: sweet, salty, sour, bitter and spicy and spicy.

The chocolate is gluten-free and in 2017 won a Bronze Medal at Academy of Chocolate.

The packaging of Kanmi 35% Chinese Five Spice milk chocolate consists of a cellophane wrapper around the chocolate and a paper wrapper.