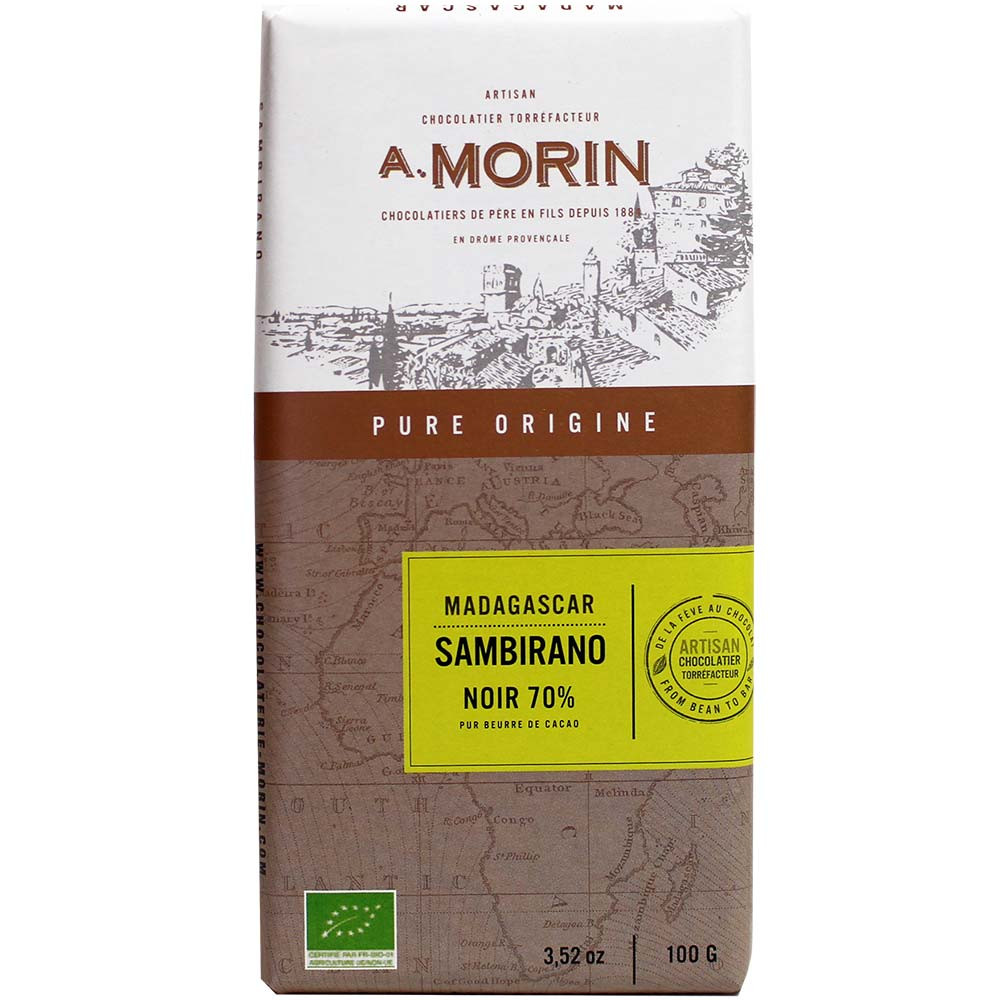 The bean-to-bar chocolate from France is made from cocoa beans Made in Madagascar. The beans come from the north of the island in the Sambirano Valley and have the typical fruity citrus notes from Madagascar. Originally pure criollo cocoa came to the island, followed by trinitarian cocoa, which spread the fastest to the north. Production has been growing for 20 years and today it has reached over 1,000 tons.

The Sambirano Valley , named after the river of the same name, lies between the sea and the mountains. The river has its source in the Tsaratanana massif and flows into Ambanja south of the city Sea . The climate is warm and humid, ideal for cocoa.

The chocolate is a chocolate of origin with 70% cocoa content and from sustainable cultivation . The cocoa is very fruity with notes of Citrus fruits, caramel and chocolate ..

The A. Morin company has existed since 1884 and is run by Franck Morin in the fourth generation. His great-grandfather started importing cocoa beans from the countries of origin and roasting and processing them himself. In his time, A. Morin was the most modern chocolate manufacturer in Europe.

Try the 70% Madagascar Sambirano BIO chocolate from A. Morin.