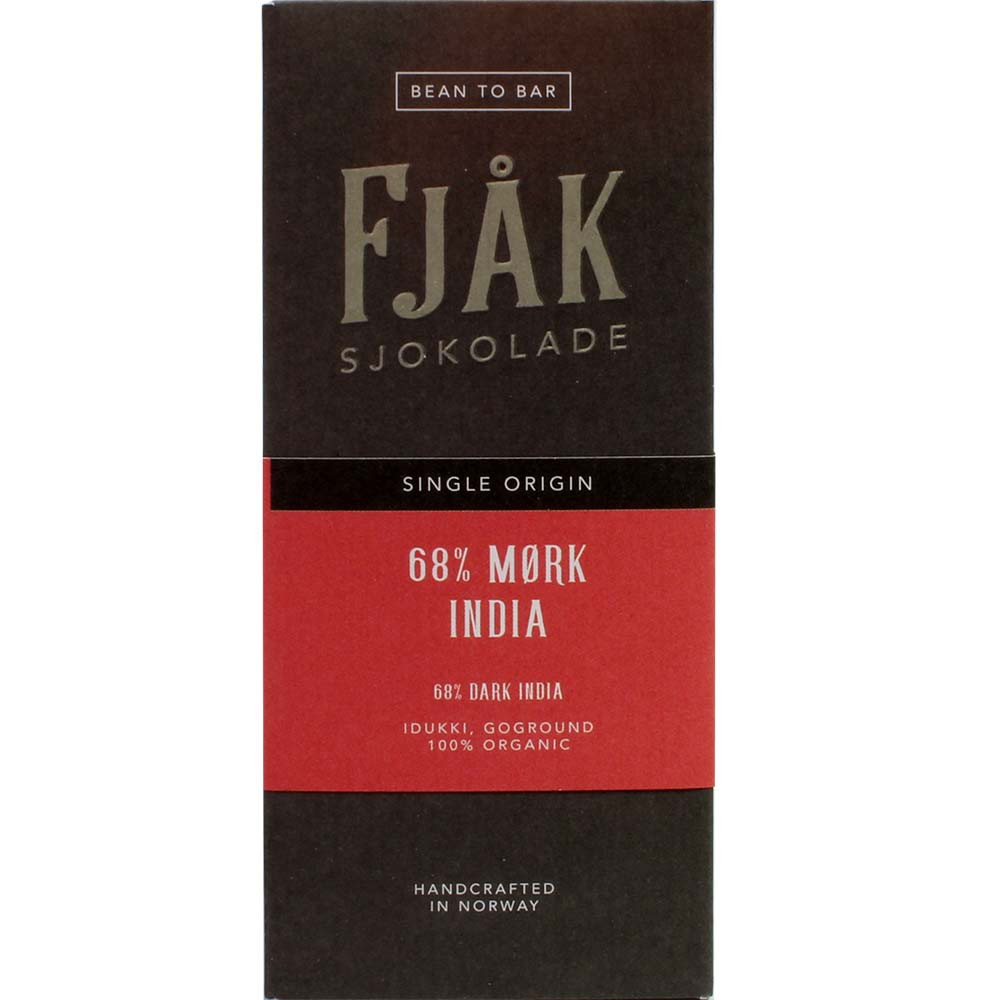 The cacao beans are sourced from the green hills of the Idukki region in India. This chocolate is made from cocoa beans from the Indian Goground collective in Udumbannoor, where has established its own fermentation and drying center with support from the Italian foundation RIVA. This is to promote and support the rural communities of the Idukki Kerala region. The collective is run by husband and wife team Ellen and Luca.

Fjak was founded in 2017 in Eidfjord in Hardanger by the ladies Agur Concellon and Siv Hereid, who with their passion for chocolate wanted to create a Norwegian version of the international movement for quality chocolate. Fjåk Sjokolade is one of the first Norwegian chocolate makers to produce artisan chocolate (Craft Chocoolate) from scratch, starting with cocoa beans from specially selected origins. All Fjak single-origin bars are made only from cocoa beans, sugar and cocoa butter and are free of soy, lecithin, dairy, eggs and gluten. No vanilla added.