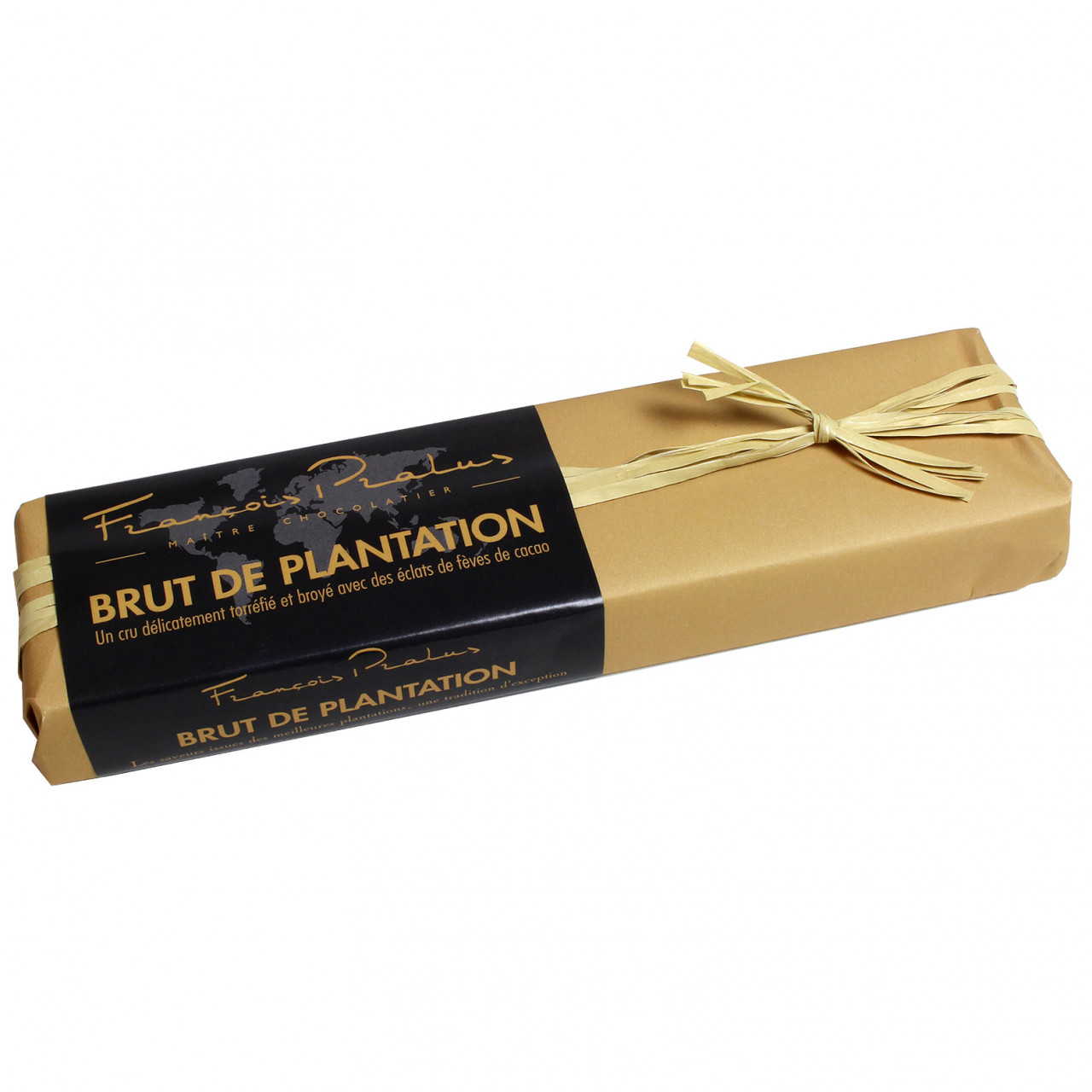 The angular piece of chocolate comes from our own plantation on Nosy Bé in Madagascar. The chocolate is a bean-to-bar and origin chocolate and free of lecithin.

You need a knife for him, otherwise he will be difficult to get at. But the effort is worth it, the chocolate has a very intense, acidic and highly aromatic cocoa taste. This is reinforced by the cocoa bean pieces that have been sprinkled into the cocoa mass. We prefer to eat this chocolate with a strong red wine aged in wooden casks.

La Maison Pralus, founded in 1948 by Auguste Pralus, the father of François Pralus, is now one of three chocolateries in France that produce their own chocolate directly from cocoa beans. Francois Pralus is also the co-owner of a cocoa plantation in Madagascar on the island of Nosy Be, which is also known as the "Island of Fragrances".

From Sao Tome to Brazil and Venezuela, Francois Pralus personally selects the best cocoa varieties in the world. In his manufactory in Roanne, the cocoa is roasted and processed into chocolate for your special enjoyment. The Brut de Plantation Madagascar 75% chocolate bar is original, but very aromatic. 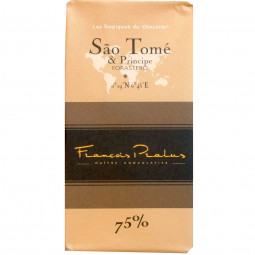