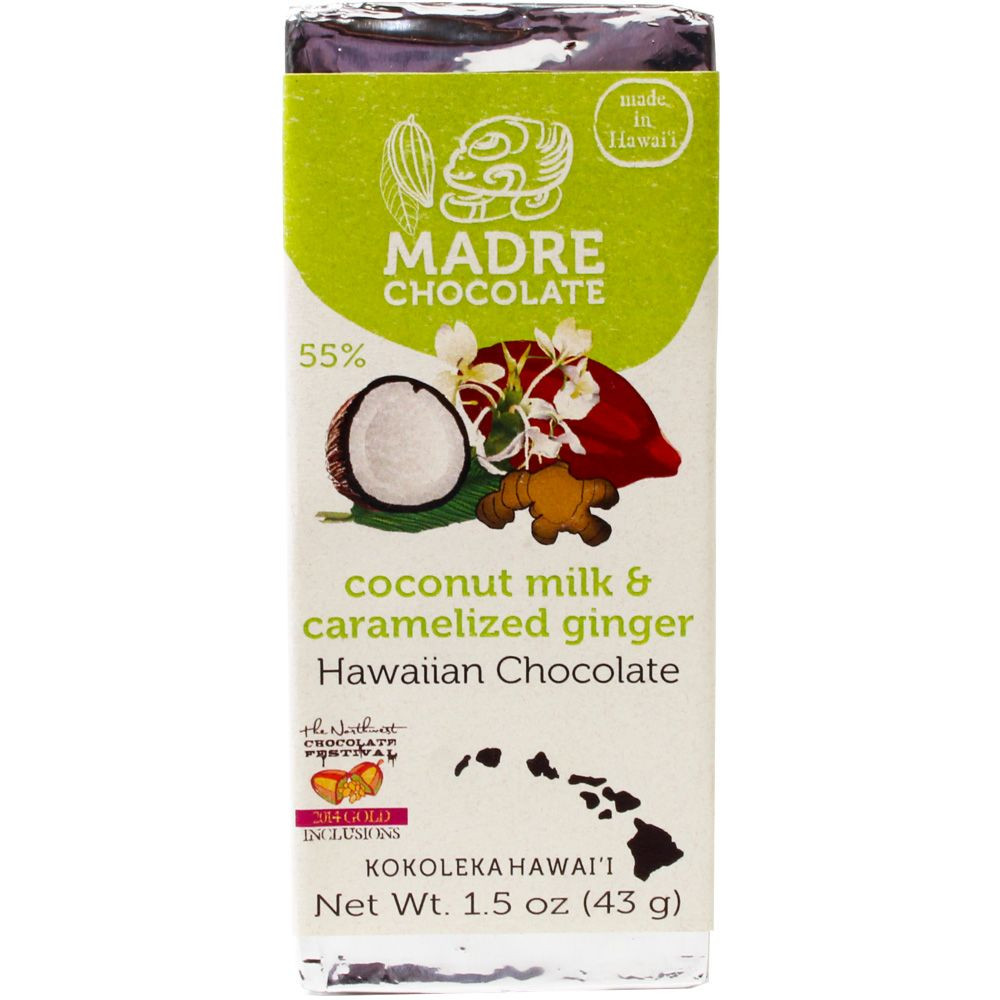 Bean to Bar chocolate straight from Hawaii . The cocoa beans grow on the Hamakua coast of the Big Island , the only state in the USA where cocoa can grow. The beans are conched for two days in order to develop their optimal consistency and their rich and fruity aromas.

Kokoleka means chocolate in Hawaiian. Madre Chocolate processes all cocoa beans itself and thus produces "bean to bar" in Honolulu. They want to preserve the original taste of cocoa and the cultural heritage of the Aztec, Mayan, Olmec and Barra tribes and make them accessible again through chocolate. The beans come directly from the cocoa farmers and are fairly traded.