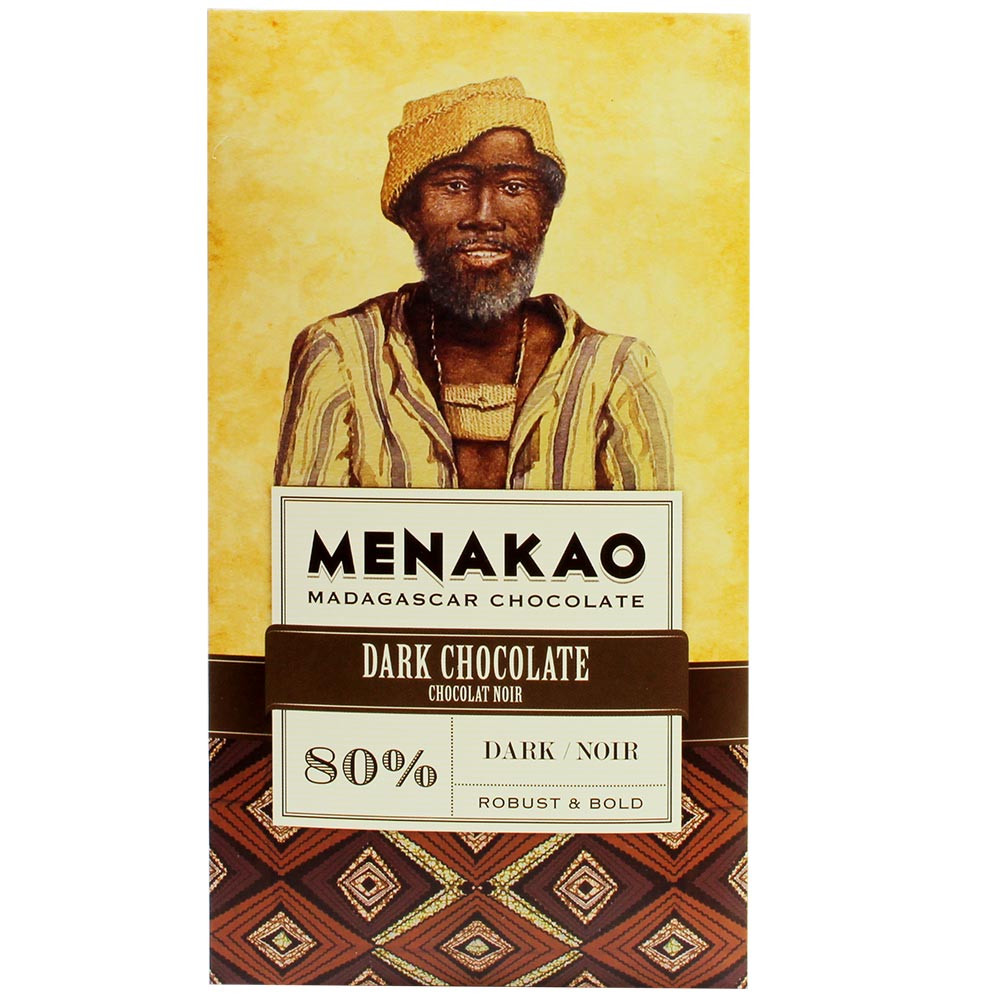 A chocolate with intense and deep cocoa flavors and a clear taste in the finish. A Trinitario with the typical flavors from the island of Madagascar. A full cocoa with strong emotions.

Mena means red in Malagasy . Red like the rich soil and the deposits from the Sambiranao River, red like the cocoa beans, mainly of the Criollo variety, which come from the best plantation on the island.

The picture shows the portrait of a Tanala man (those who live in the forest): The Tanala populate the forest region in the southeast of the island between the coastal region stronghold Antemoro and the highlands occupied by the Betsileo. This group gets almost all of its resources from the forest. Hunting, collecting plants and wild honey, but also logging, traditional rice cultivation on "tavy" (fire-cut land) and coffee growing are the main occupations of this forest population ... The Tanala have a traditional pharmacopoeia. So some healers know the virtues of several hundred plant species.