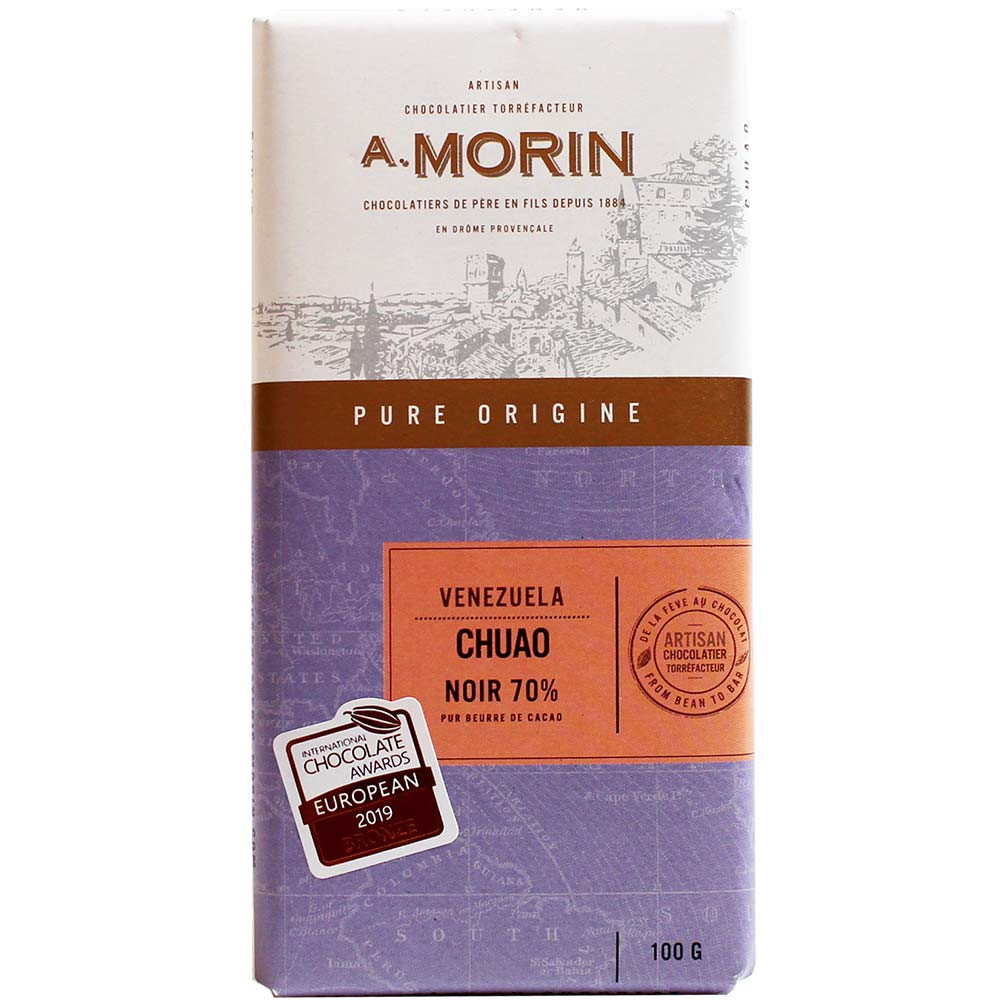 Chuao is a small village on the coast of Venezuela between Puerto Cabello and Caracas. The village is only accessible from the sea, so the cacao has not been crossed with varieties from outside. Different varieties of cacao grow in the region, consisting of criollos and trinitarios. This is what makes it special. The small community cannot produce large quantities, so the cacao and chocolate made from it are always in great demand. Already in the 19th century, cocoa was shipped from Caracas to the world.

There are only a few producers in the world who have access to these cocoa beans and process them.

Chuao is the only area in the world where cocoa can call itself, as with wine (QbA) of certain cultivation area.

The cocoa beans are carefully sorted on site and later roasted, broken and conched at Morin, and then poured into Chocolate bar. Chocolaterie A. Morin has been around for 4 generations and was founded in 1884.

Compare this Chuao chocolate with those from Amedei, Coppeneur and Pralus.

The 70% Chuao Venezuela from A. Morin is a very special dark chocolate.