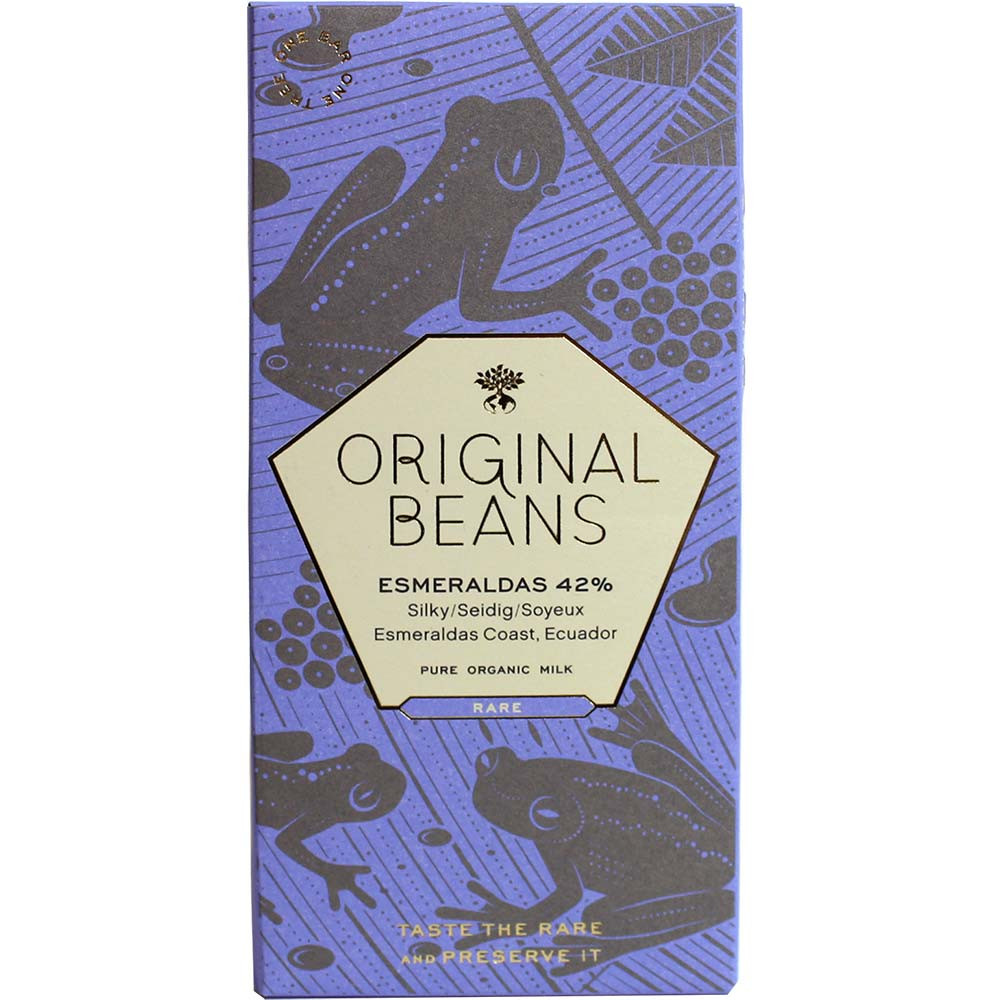 Whole milk chocolate from Arriba Nacional Cocoa beans from the Pacific rainforest Esmeraldas Ecuador with a trace of Fleur de Sel . This chocolate lives up to its name: full, wonderfully creamy, yet not too sweet chocolate with a pinch of salt.

The chocolate is lecithin-free and gluten-free.
The packaging and foil are made of wood and are completely degradable.

Origin:
The Esmeraldas region is located in particularly humid rainforests on the Pacific Ocean in northwest Ecuador. The connection between the ocean and the rainforest is why Add a touch of sea salt to the original beans of your Esmeraldas Milk. Salt is also the traditional addition to hot chocolate, just as it is consumed by the inhabitants of this area, who belong to three different ethnic groups. Each of these ethnic groups has its own relationship with the original Criollo cocoa bean, the Arriba.
The Afro-Ecuadorian population tells a particularly fascinating story, namely that they brought cocoa with them from the islands of the Caribbean when they were fleeing slavery. 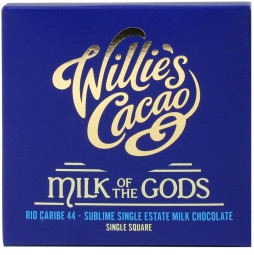