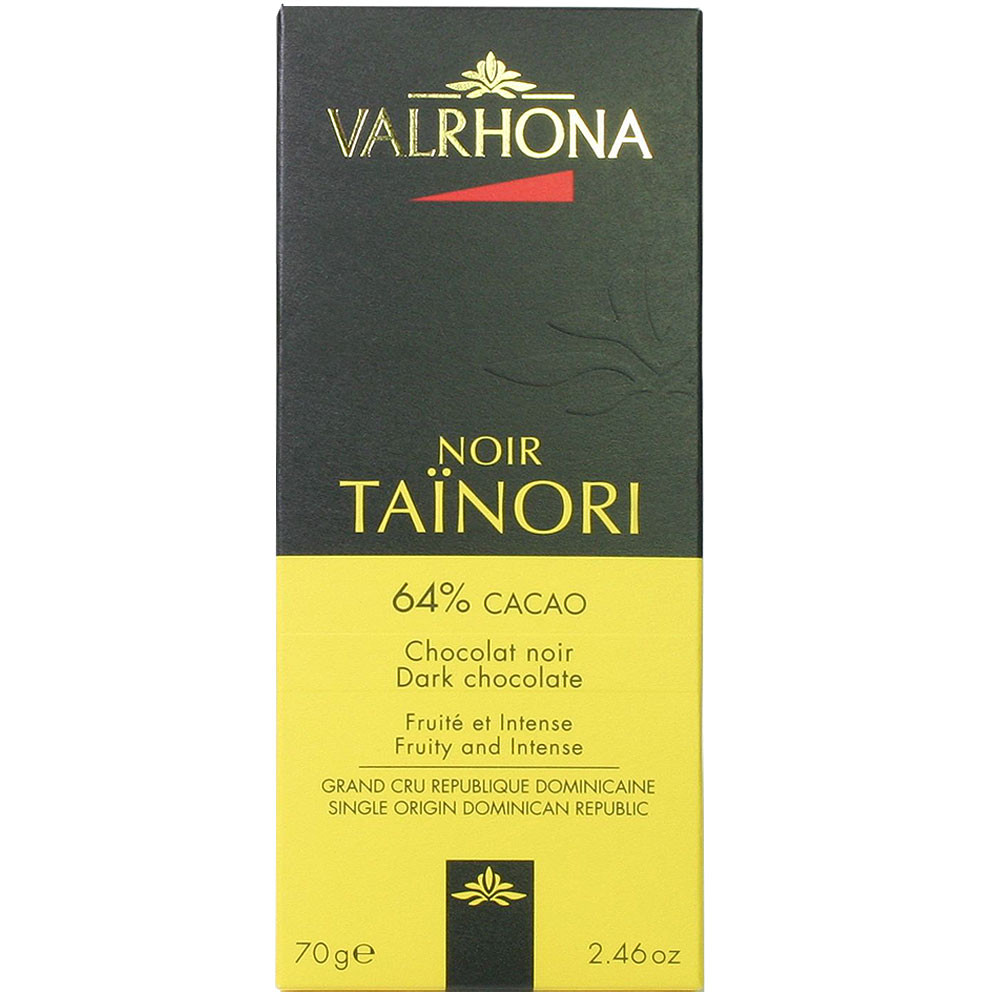 The cocoa beans of the Grand Cru chocolate Tainori with 64% cocoa content come from very old cocoa plantations in the Dominican Republic . The chocolate tastes like tropical fruits and freshly baked bread. 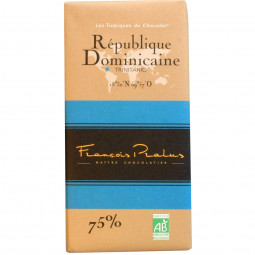