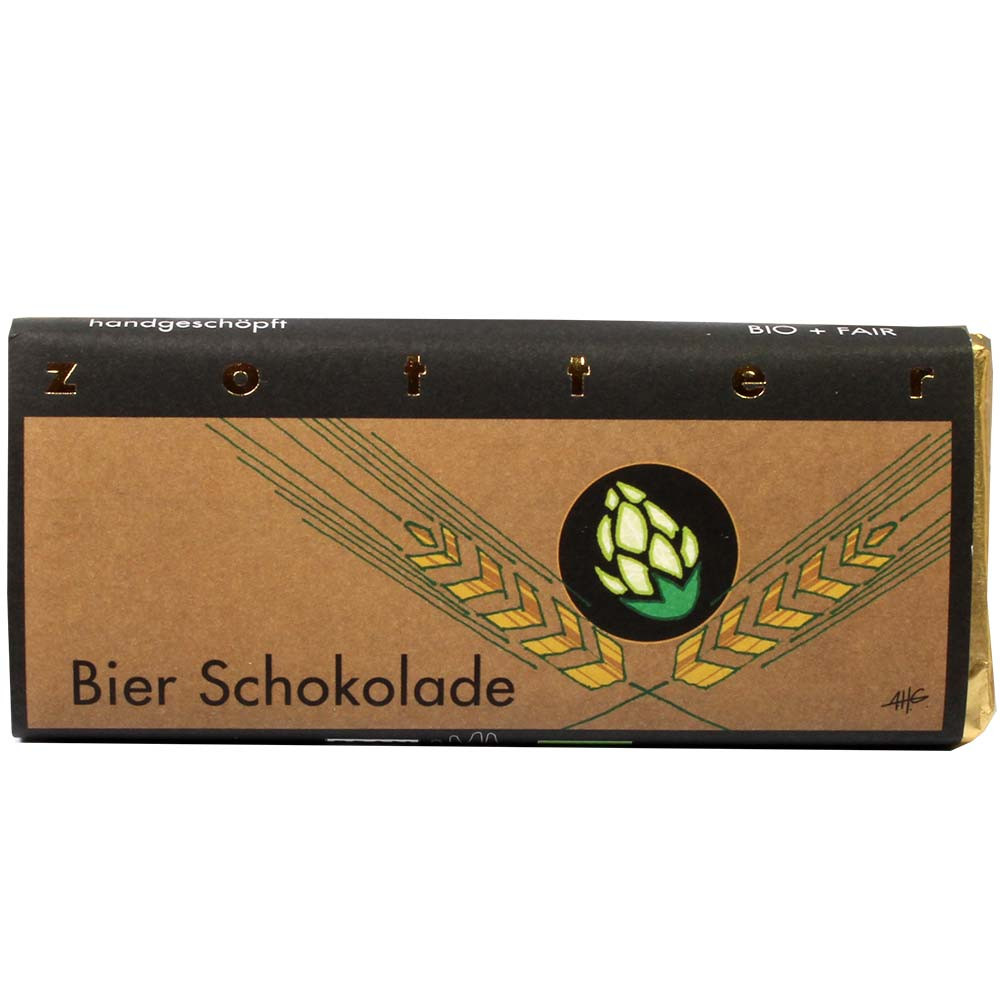 Another very special chocolate from Zotter. A dark 50% milk chocolate with Tyrolean mountain milk with a ganache made of dark 70% chocolate, caramel and hazelnut nougat and I.P.A. (India Pale Ale) beer, the Nicobar variety. An organic beer named after one of two Austrian colonies in the world, the Nicobars in the Indian Ocean (between Malaysia and Singapore).

Crown colonial nostalgia: In 1778 the ships of the "Austrian-East India Trade Company" sailed for the first time from Trieste to the Nicobar Islands on behalf of Her Majesty Maria Theresa. On board they had a very special beer, which was intended for the only Austrian colony (with a total of 6 Austrians as a crew), and which should only get its final character on the long journey.