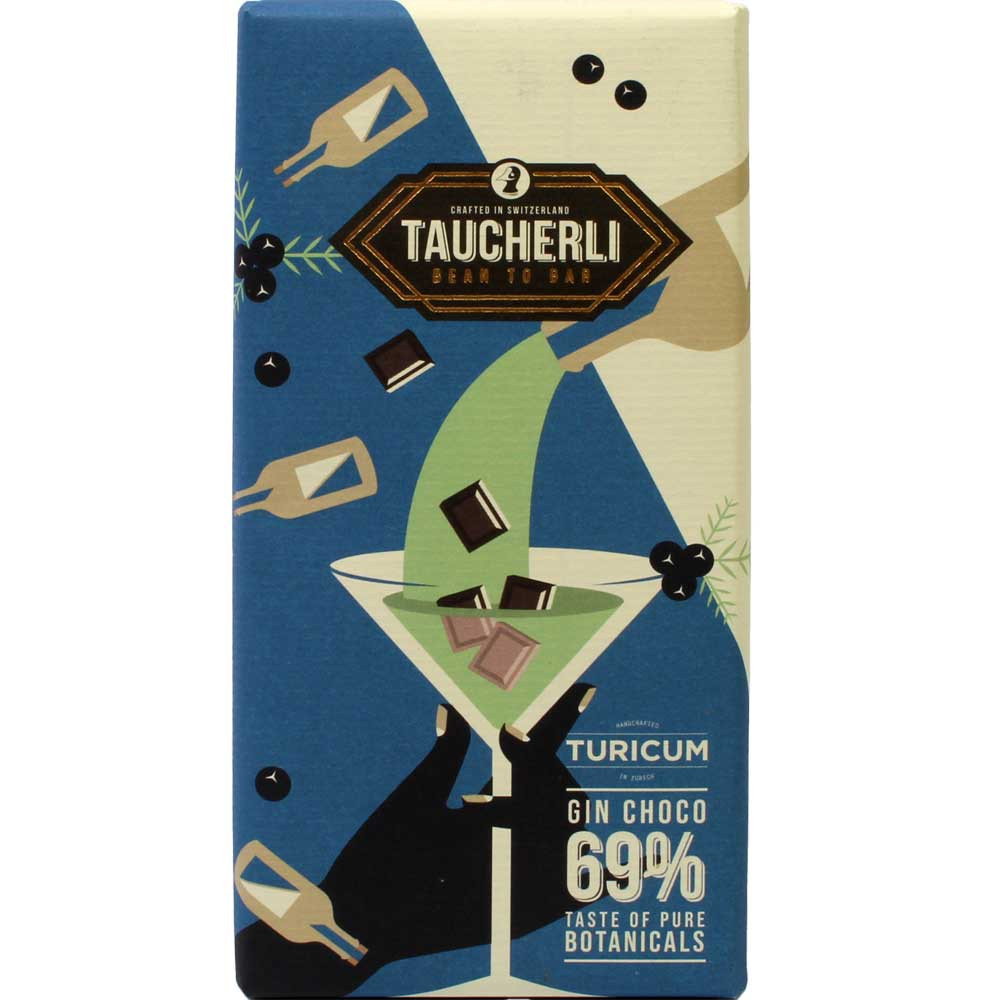 This chocolate was created through a cooperation between two manufactories in Zurich: Taucherli Schokolade and Turicum Gin. The combination of dark chocolate with the juniper flavours of the award-winning Turicum Gin is the result of a long friendship between the owners. Turicum (the Roman name of Zurich, by the way) is an award-winning gin producer with the flair for fine botanicals and the craftsmanship of Kai Keusen of bean-to-bar producer Taucherli Schokolade.

The chocolate, with cocoa from only one vintage, was roasted for 25 minutes and then conched with the juniper berries for 42 hours.

Turicum Gin Choco is the best chocolate combination for every moment of the day...and evening!