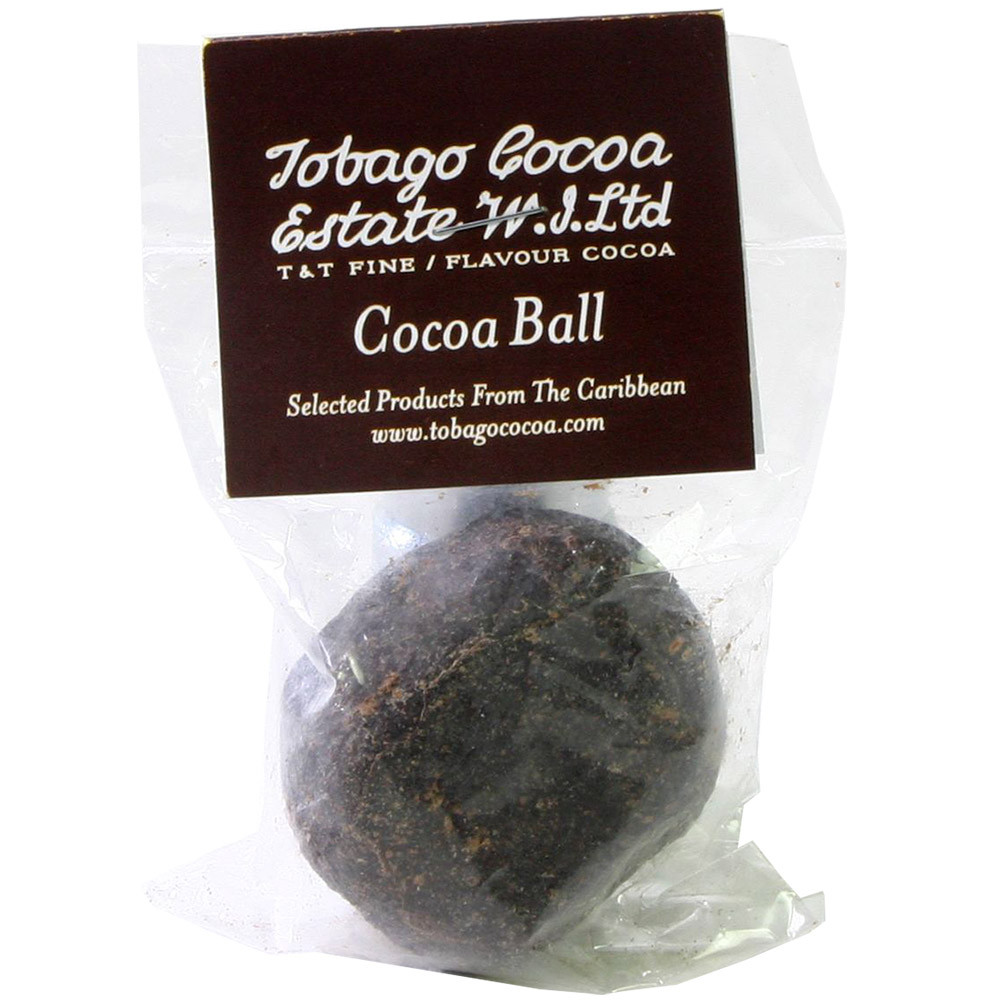 Cocoa ball with spices for tea or grilled food

This Ball from cacao (Cocoa Ball) consists of 100% of cocoa and is in a very traditionally made from cocoa mass that is refined with spices and then air-dried.

Take for the cocoa tea : 2 tablespoons of cocoa powder for 1 cup of hot water, boil for 5 minutes, drain and add milk and sugar as needed. Also goes well with grilled meat and fish or to stews. The cocoa is a typical Trinitario , with notes of red cherries and dried fruits.

The first chocolate from Tobago Island , Trinidad's sister island . The beans come from a plantation established by Duane Dove in 2004. It took six years for the fruit of labor, chocolate, to be "harvested". Processed Francois Pralus beans are made in his factory in Roanne, France.

TIP: If you are on holiday in Trinidad or Tobago, you shouldn't miss a chocolate tour of the cocoa plantation of Tobago Estate Chocolate .
Very often it is run directly by the boss Duane Dove. You can tell immediately that he has a passion for chocolate!

The cocoa ball with spices for tea or grilled food can also be grated over a pastry such as cheese. 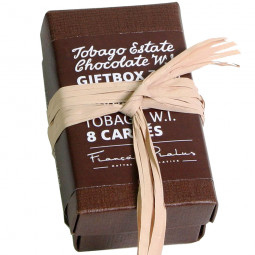 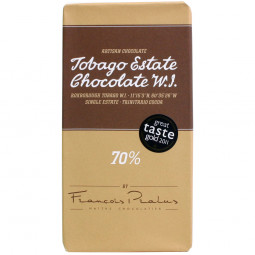